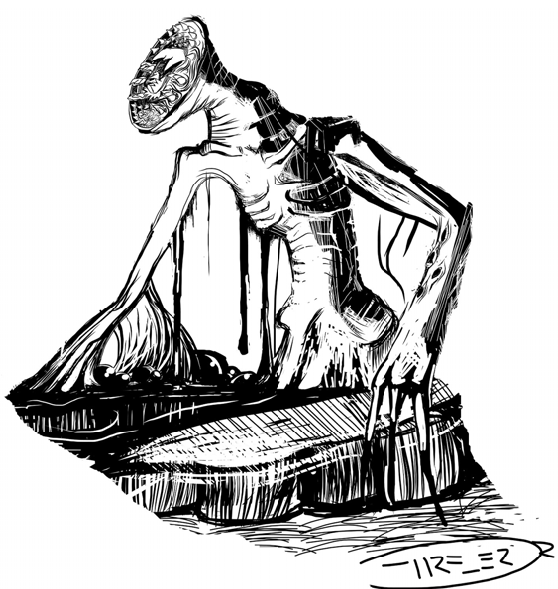 I've been meaning to do this review for the better part of a week. Damn the distractions!

+Jeffrey Tadlock has found a nice niche with his Pocket-Sized Encounters line. They are longer than one sheets or micro adventures and include background for the DM and adventure hooks. It's not that background or hooks are needed, but they add depth that is often lacking in shorter adventure presentations, which can only make the DM's job easier.

Skull Cave has five numbered locations within a small cave complex. Not a huge amount, but there is enough here to make this a decent side quest on the way to a full sized adventure. The final encounter is worth the price of admission (new monster too)

Interestingly enough, Jeffery gives us a Lair Treasure Table which is to be used to generate the treasure for the final encounter. The great thing is the table is reusable and portable to other adventures of the DM's design, or when he / she is looking for some inspiration along those lines.

Actually, I like the Random Burial Mound Table to determine items in various debris piles in in the caves - something else easily reused elsewhere.

Did I mention the grid and gridless maps, both in DM and and in unkeyed player flavors (suitable for VTT play - thanks for listening Jeff)

Skull Cave is a S&W adventure for levels 4-6

Now, I wonder if +Jeffrey Tadlock will be putting out a print compilation when he hits PSA #6 or so? ;)

Centuries ago nomads found a cave and felt drawn to perform their death rites to dark gods within its confines. Years of ritualistic offerings to malevolent forces has fed demons deep below the cave. The nomads have long since disappeared, but a recent earth tremor has freed the demon spawn from their prison deep below the surface. Seeking blood of victims to fuel their infernal fires they have moved closer to the surface and begun their hunt.

A Pocket-Sized Encounter compatible with the Swords & Wizardry rules system for 4th to 6th level character.

Pocket-Sized Encounters from Iron Tavern Press are shorter scenarios designed to be dropped into an existing campaign with minimal preparation. Use them for shorter sessions, provide your players with choices that won’t derail your campaign or even as a launching point for a new campaign path.

Included in this product are:

Seeds for expanding the adventure