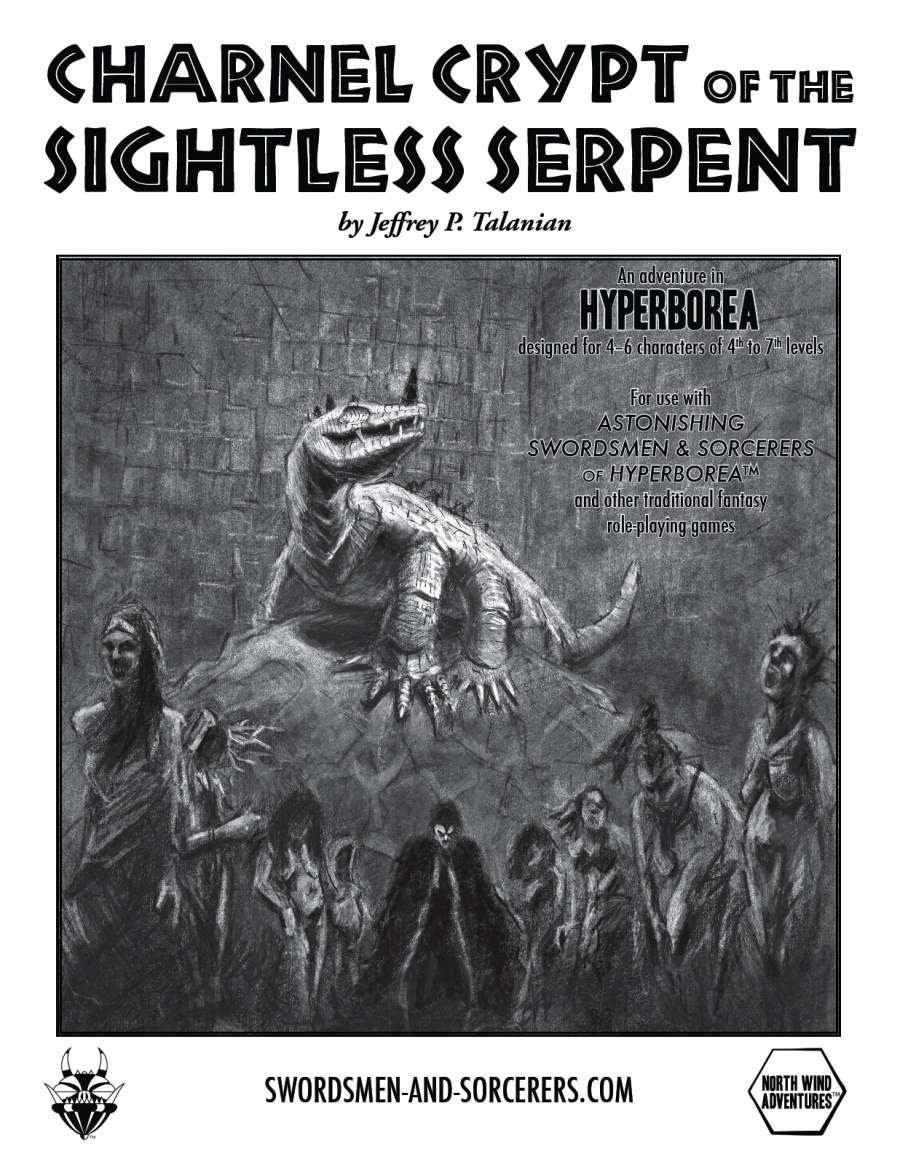 Strictly speaking, The Charnel Crypt of the Sightless Serpent is not new, having previously appeared in an issue of Knockspell. That version apparently has been tightened up by +Jeff Talanian with new maps, new art and has been updated to the released version of the Astonishing Swordsmen & Sorcerers of Hyperborea rules.

So, how does it stand up?

Charnel Crypt of the Sightless Serpent is a nice S&S flavored adventure. Sure, it's written with AS&SH in mind, but all that really means is that it can be used with just about any OSR ruleset you can think of with little effort. The hook alone screams Dungeon Crawl Classics to me: 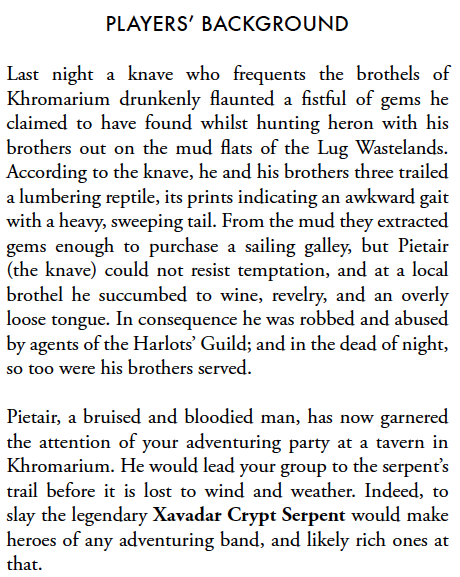 All of which reinforces my thoughts on stealing liberally from AS&SH for my DCC RPG campaign.

There are two included maps - the outdoor map for the immediate vicinity of the crypt, and the dungeon map of the crypt itself.

The first map is little more than a tool for the GM and it lacks bell, whistles and details. The second map, the crypt itself, is well done and has more then one way for the party to enter. It's undead heavy, but it is a crypt ;) 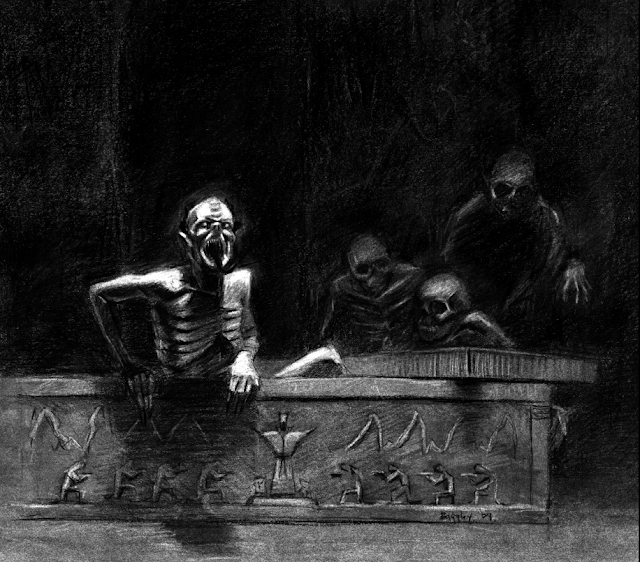 I'm really enjoying the art (sample above) as it does a great job of evoking the flavor of the adventure. Were I to run this in Roll20 (for DCC of course - for a party of 2-3 level characters) I'd have the art ready to as player handouts.

Damn, I really want to run this as there is even the possibility (using DCC) of a spell duel, but my DCC party is just 1st level...

Oh, and it should work damn fine as an adventure with the OSR ruleset of your choice.

An adventure in HYPERBOREA designed for 4–6 characters of 4th to 7th levels. For use with Astonishing Swordsmen & Sorcerers of Hyperborea™ and other traditional fantasy role-playing games.

A millennium has passed since the Green Death swept across Hyperborea. In that bygone age of pestilence, a noble family fled the City-State of Khromarium. Far beyond the walls of the city, they entombed themselves in order to elude the inescapable plague. Their necromancer placed them in a deep slumber from which they never wakened. Also he summoned a mythical serpent to guard the vault, a beast reputed to shed gems for tears from eyeless sockets. Tales speak of this beast as the Sightless Serpent. Now, a knave of Khromarium claims to have witnessed the legendary beast. For a pittance he will lead your party to its trail . . .
Posted by Tenkar at 10:08 AM