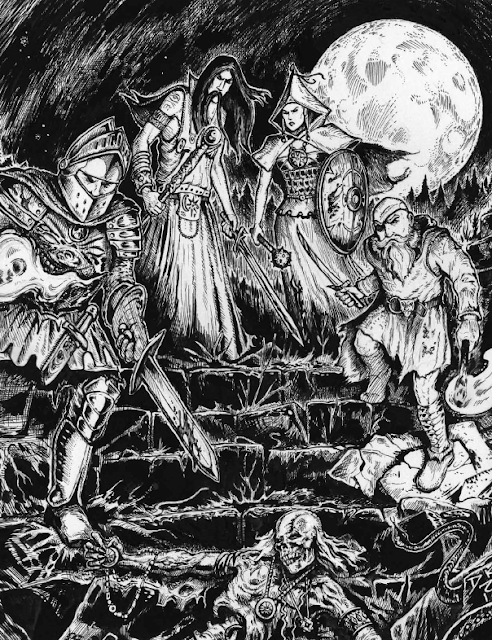 The answer is simply - I don't know. So I'm asking for your input.

It takes a lot of work and time to run and organize these events, and before I'd even take a stab at it, I'd need to know if there was sufficient interest in the idea.

Both of those games are supported by freely available rulesets, so even bloggers that didn't have direct knowledge of the rules were able to get it for free prior to the events. It's not quite the same for the DCC RPG, but using the DCC RPG Gaming on the Cheap link on the right and the free 66.5 Doom of the Savage Kings, I suppose we could expand the potential pool of participants.

I wouldn't be looking to run this until October or November of this year, as both the upcoming Unofficial OSR zine and a possible Swords and Wizardry online con / gaming weekend in September are going to be eating into my free time. Oh, yeah. Work and family shit too. Heh

Does this idea interest you? As a blogger, publisher, reader, gamer, whatever? Let me know as a comment to this post or via on of the accompanying G+ threads. I'm more then willing to expend the effort to get this up and running, but I'd hate to run it and have the response be less than optimal ;)
Posted by Tenkar at 10:12 PM