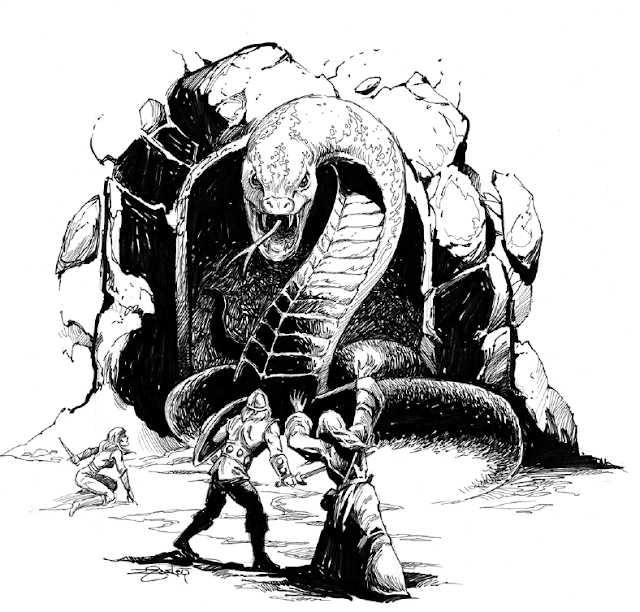 So, my players will each need to pick a character to level up and proceed to the next adventure. I need to figure out what I'll be using in the next day or so, so I can set it up on Roll20 in advance.

I'll be running the next session on my 13" laptop as opposed to my 27" computer screen I have at home - which is something I may need to keep in mind when I choose the next adventure. At least it will be 6 PCs or so and not 18 zero levels running around ;)

At the moment I'm bouncing between Doom of the Savage Kings and People of the Pit. I could also use one of the Brave Halfling Appendix N Adventures, so long as I tweak whatever I use a wee bit. They seem awfully short. I could aslo run Portal Under the Stars, but I ran a handful of the current party through that last summer using the ACKS rules.

Or I could have the delve into the Sunken City.