Idle Hands are the Devil's Tools - Does That Mean I Should Start Crafting Some DCC Magic Items Again? 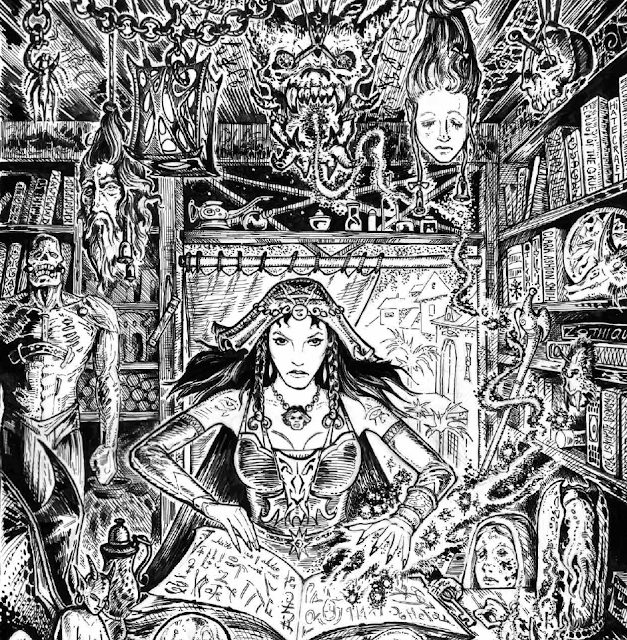 I wrote some DCC RPG magic items, which I later scrubbed off the serial numbers, mixed with some Swords & Wizardry stuff and released in the Minor Majics & Miscellaneous Arcana Vol I & II (see the Stuff I'm Hawking on the right side).

They were good OSR style magic items, and the weapons had history, but they really weren't DCC RPG magic items for the most part. I was running DCC pick up games, but my knowledge had holes that I freely admit I used AD&D to fill when in doubt.

I'm a bit more immersed in all things DCC these days. By no means an expert, but I've filled in most of the holes in my knowledge.

So, I'm thinking of writing up some DCC RPG flavored magic items on the blog, maybe posting them once or twice a week. Possibly themed - like 4 posts on rings, 4 on armor, 3 on misc items, whatever.

I think magic swords are fairly well covered in the rulebook, although some unique variations are always fun.

Any type of items folks are specifically looking for?
Posted by Tenkar at 9:07 PM