Thinking of Comparing the Delving Deeper and Dungeons & Dragons OCE Boxed Sets, Side by side 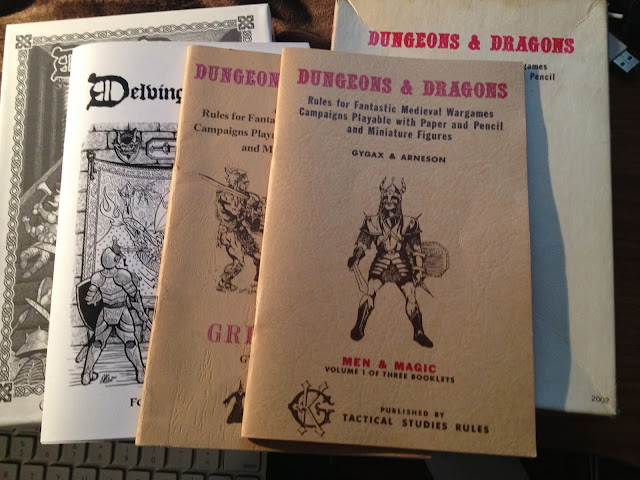 The thought has occurred to me to compare to Delving Deeper Boxed Set with the Original D&D Boxed set (with Greyhawk included for the purpose of the Thief Class).

The Thief classes do not match up, but that was discussed earlier, and I received a nice history lesson at the same time. It still irks me though ;)

What I really should do is break out my Swords & Wizardry White Box, but I believe that's in storage. I do have the paperback version floating around though.

I will say this much - the originals lie flatter, allowing me to fit more stuff in the box ;)

I'll be making some observations throughout the week I expect. On of the benefits of being on vacation...