Friday Afternoon Double feature at The Tavern - Dredd and Prometheus 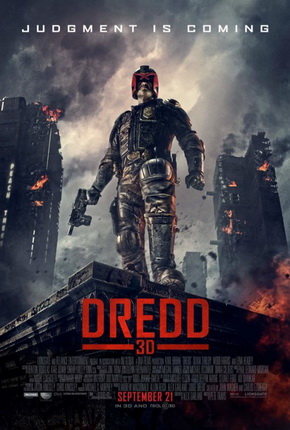 So, when you are on vacation AND sick as a dog, what is one to do?

So, I settled into bed with the dog and the cat and watched some movies this afternoon.

The first movie up was the new Dredd. Now, I remember the pretty campy movie with Stallone from back in the day (and the "You can do eet!" guy), which was fun if horribly stupid. The new one (in which I have absolutely no idea who the actors were) was surprisingly good for what it was - a slow motion bloody gorefest. I tried to reconcile it with the on 2000ADs I used to buy on newsprint back in the day, but I'm so far removed from that I couldn't tell you how well it kept to the Dread mythos. Still, a damn fine thrill ride.

Next up was Prometheus. It was - not bad, but not all that great either. Plot spoiler, but I still don't understand why the android infected the Ben Afleck (Charlie Halloway) look alike. Yeah, it's like Aliens with the serial numbers scratched off, until the last scene where they put the serial numbers back on. Which makes sense, as it's the same universe, but I found stuff to be both confusing (again, why the  infection? to bring back a bio agent to earth? if so, why the acceptance of the doc after she aborts her ill conceived aberration?) and predicable at times (I know I've watched too many movies when I can say the lines of a new movies before the character does

I mean, Judge Dread left me all hyped at the end, and I'm sick as a dog. Prometheus left me still feeling ill.
Posted by Tenkar at 6:43 PM