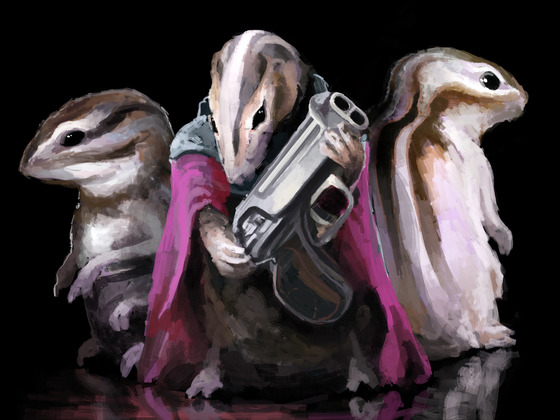 When I saw the main art piece for Kingdom: A Pen & Paper Space Exploration RPG, my thought was "Why space ferrets?" I still have no idea. It's not that the art is bad (it's fairly good and evocative of something), but I do wonder why most of the aliens races are shown as sets of three. Are they somehow linked to the German language and it's use of  3 sexes? Don't run off in a tizzy - I was referring to Masculine, Feminine and Neutered...er, I mean Neutral.


The Kingdom Role-playing System relies on six sided die and percentile die. Players can either randomly generate the basic statistics for their characters or GM’s (Game Master) can choose to have a point buy system. Then they play through adventures run by the GM where their choices can inevitably and sometimes unpredictably have an impact on the galaxy at large.

The system allows for easy creation of new adventures while having a large framework for the underlying narrative of the Kingdom universe. The main book will contain many species to use as enemies/allies/players as well as information about technology, planets, ships, and more. GM’s will have many tools at their disposal in the book in the form of percentile charts that will allow them to randomize events that happen to their players and can act as plot devices. It will also contain a starter adventure for both of the canon Kingdom scenarios.

You know what? I think project creators of Kickstarter Projects should take some marketing classes, because the above paragraphs tells me something, but they dont't tell it in the most compelling manner. Not that I want people to spout marketing shit in their Kickstarters (I could point some fingers but I won't. It's quite possible I already did in the past). Even the title lacks excitement - Kingdom: A Pen & Paper Space Exploration RPG.

Goal is set at 6K. First stretch is listed at 9k. Stretch goals only benefit those pledging $50 or more (which is a lame way to create a distinction between pledgers that HAVE and pledgers that HAVE NOT - remember, new material can always be offered in PDF to the lower level supporters). But here's my bigger question, based upon this bit about the stretch goals:


(For every 1,000 we get over the goal I will be throwing in new and unique items for donors who have pledged 50 and up. Some will also be available as add-ons.)

What do folks get at the 7K and 8K stretch goals? Remember, goal is 6k and the first listed stretch is 9k.

Still, I think the art is fucking cool, and I may just kick in 10 bucks to support the art alone. Maybe. 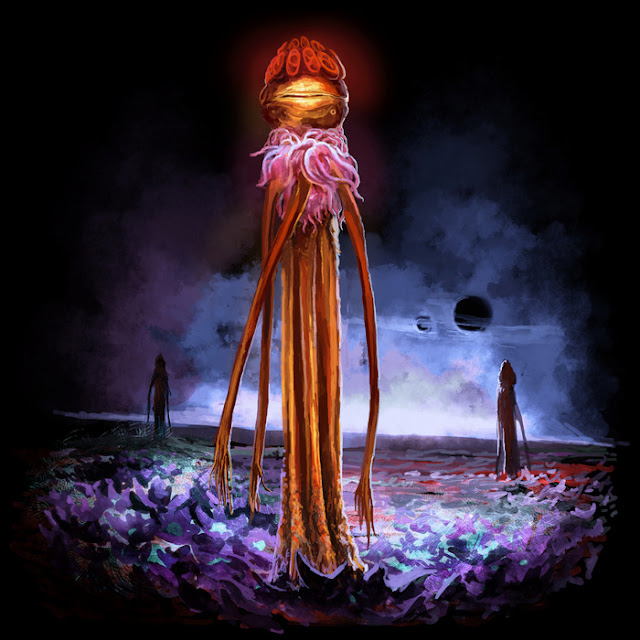