Why Do Halflings Get the Short Stick in Many RPGs? 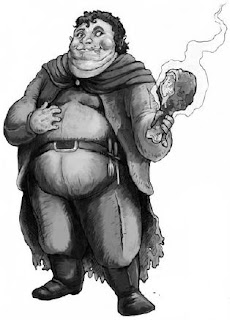 Halflings were never all that powerful in AD&D. Poor guys were limited to 4th level as a fighter (although unlimited as a thief, something they excelled at).

LotFP's Weird Fantasy made them into some kind of "kick it and see if it goes off" trap detector, where their only specialty was good saves. No offensive usefulness, no utility worth besides setting off traps, they seems more like an afterthought.

Adventurer Conqueror Kings System does away with them all together. They're in the moster section if I recall correctly, but they were intentionally left out during the design of the system.

Is it a general disdain of the race / class? Has it been over used and over played due to it's LotR roots? Is there an Anti-Hobbit backlash going on?

I always enjoyed playing a halfling Fighter / Thief - it made for a nice dungeon styles ranger substitute, but maybe that's just me and my style.

Do you also feel the wee folks have been held down, or am I over reaching? (had to get some height jokes in while I could ;)
Posted by Tenkar at 3:21 PM