Reboot Leads to Near TPK 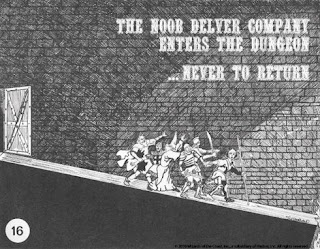 The reboot I spoke of yesterday was using one of the earlier Adventure Paths.  I'm not sure which one, it may have been Age of Worms.  I figure the less I know, the less chance I'll inadvertently metagame.  We could have used some metagaming. ;)

We discovered a windtunnel trap with a pressure point BEFORE setting off the trap, so the party decided to anchor itself and tie themselves off and THEN set off the pressure plate.  Problem there is debris (such as flying PCs) and hurricane force winds don't mix well.  Heck, being tethered in a tunnel with 100+ MPH winds leads to much knocking around.

In the end the fighter was dead, the cleric was unconscious and I believe the other 2 PCs combined for 5 HPs - all for a trap we knew about and took protections against.  Oh, did I mention the trap also hypnotized players that failed their saves, resulting in 3 of the 4 PCs waiting on the wind to beat the crap out of them?  Oh, and the trap wasn't protecting anything that we could find.  If I figure out which AP this is and who wrote it, I'll be giving them a piece of my mind.  Grrrrrr!!!

Email ThisBlogThis!Share to TwitterShare to FacebookShare to Pinterest
Labels: DnD