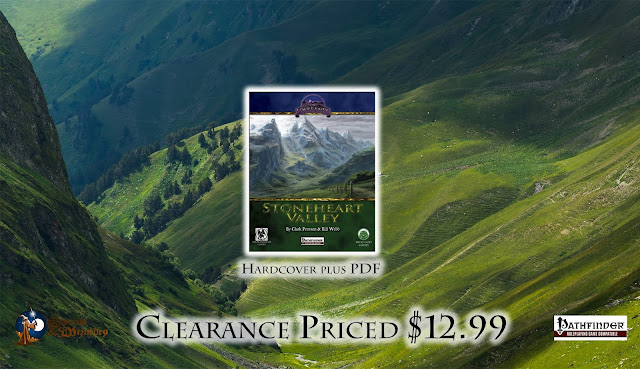 Frog God Games has put Stoneheart Valley on sale for $12.99 in Print with the PDF included (choose between the Swords & Wizardry and Pathfinder versions - as if there truly is any choice ;)