Last Night's Tavern Chat - Most Attended - Ever - With Voice Option Too 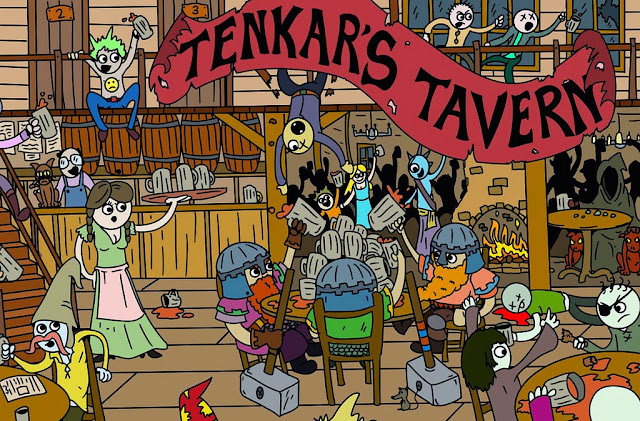 Last night was quite simply the most active and attended Tavern Chat that The Tavern has hosted. Voice chat alone (which kicked off shortly before 10 PM Eastern) had nearly 18 in the channel last night. Text chat had more (there was an overlap)

Wow. Simply wow. Discord is living up to its reputation of being an amazing community builder. In just over a week we already have over 120 members at The Tenkar's Tavern Live Discord server and chat going on nearly 24/7.

I'd like to add chat sessions that are staggered to allow doe easier access to the chat for those across the pond or down under. I'm open to suggestions (remember, I'm NYC / Eastern Time Zone) for times / days for such an endeavor.

As an enticement to join The Tenkar's Tavern Live Discord server I've pinned the Swords & Wizardry Continual Light Beta rules for easy download in the swords-wizardry-light channel.  Work commences on final layout with edits next week.