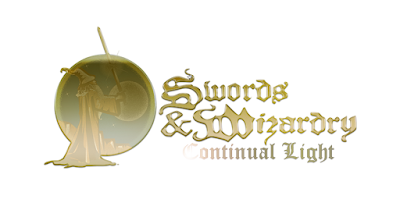 Volume 2 of Pocket Creatures has 56 downloads since Thursday night, which is faster than Volume 1, but its only sitting in 48th place for Hottest Small Press at RPGNow. Still trying to figure out how that all works but I must say, it's a wonderful feeling to see so many copies download this quickly.

Volume 1 of Pocket Creatures is sitting at 36th place with 127 downloads. Volume 3 is probably two weeks out as I start learning InDesign.

We have a half dozen people signed up at the Swords & Wizardry Slack Community for those looking to contribute to Torchlight, the Official Swords & Wizardry Magazine, from Light to Complete. We are looking to compensate contributors with a percentage of sales at OBS (hopefully I'll have that feature unlocked at RPGNow when we go live) No one is getting rich in the OSR but everyone should be paid for their work. Most of the art we'll be using is stock art but we are considering selling some ads (no more than 10% of the total page count per issue) to commission original art as needed.

Still working on the Torchlight guidelines (uncle duties commenced today and I should be running a game tonight, so we'll work on getting that hashed out tomorrow.) One thing to note is that creatures / characters / adventures will be dual stated for Light and Complete flavors of Swords & Wizardry, in order to give the greatest compatibility not just for S&W but other OSR systems as well.

Swords & Wizardry Continual Light will be releasing in PDF on April 22nd - three weeks from today, priced at PWYW. Layout by the amazingly talented +Zach Glazar . It will be followed later this year by a print run funded by Frog God Games. Print copies will be distributed for free. SWCL covers 7 levels of play, optional classes, new spells, new monsters, magic items - a complete game in 16 pages (current layout - subject to change but not by much ;)

There's more in the works (I need to put Beneath the Battered Dwarf Tavern into a PWYW PDF) that we'll post more on as we get closer ;)