Follow Up to the Swords & Wizardry: Light Official Announcement - Some Background, Some Further Info and Some Thank Yous 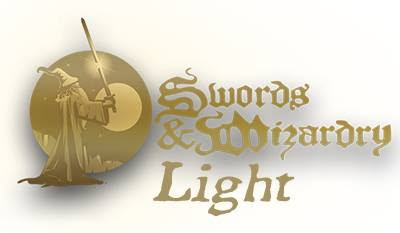 The response to the announcement that Frog God Games will be publishing Swords & Wizardry: Light has been Amazing, Gratifying, Rewarding. Encouraging and so much more.

If it weren't for the community that has formed here at The Tavern, none of this would ever have happened. Creativity doesn't happen in a vacuum. It is fed by good thoughts, quenched by well wishes and encouraged by an audience that desires the end result. In this case, that is all of you. I am, as always, in your debt.

I am also in this community's debt because it was your voice that got this project noticed on a larger scale. The influence that this Community wields is quite powerful. Never doubt yourselves on that account.

I want to thank everyone at Frog God Games, but in particular +Zach Glazar . He's been my co-conspirator in this. His words of encouragement are second to none and he is a sounding board like few others. I'll probably need a few more words in the coming weeks ;)

When I got word that Frog God was interested in S&W: Light I stepped away from working on the rules and moved more to brainstorming the adventure and setting side of things. Why? Because a stand alone ruleset built of of S&W and aimed at bringing in lapsed gamers is different than an authorized ruleset aimed at lapsed gamers and as a bridge to the fuller S&W rulesets. The basic goals are the same but with the second, compatibility to the source material becomes key. In some ways it's more restricting but it's also more rewarding.

As I see it now, Swords & Wizardry: Light will cover levels 1 through 3, the core 4 classes (thief will be included, but may be renamed as it doesn't follow the mechanics of the current S&W thief class), magic items (except for + 1 weapons and armor) will be introduced in adventures, level gain will be from completing adventures / not experience points and some other stuff minor adjustments. When space is at a premium, and 4 pages is a premium, sometimes you need to improvise.

I've been asked about compatibility licenses, proper format and all that wonderful stuff concerning adventures. Much of that is down the line and not in my wheelhouse. That being said, as the rules are meant to be compatible with the larger Swords & Wizardry rules, if you stick to those and the core 4 classes you will be, by default, compatible. Remember, magic items are not included in the initial 4 page Swords & Wizardry: Light ruleset, so if you include some magical loot (and who doesn't) you'll need to explain what it does. Also, I strongly suggest that you maintain the 4 page format for adventures made specifically for Swords & Wizardry: Light. It just fits the format better.

There will be online support for S&W: Light, both here at The Tavern and via Frog God Games. There will probably be some optional 4 page supplements released, written by me and published by... don't know yet. We need to get the initial release out first ;)
Posted by Tenkar at 10:48 AM