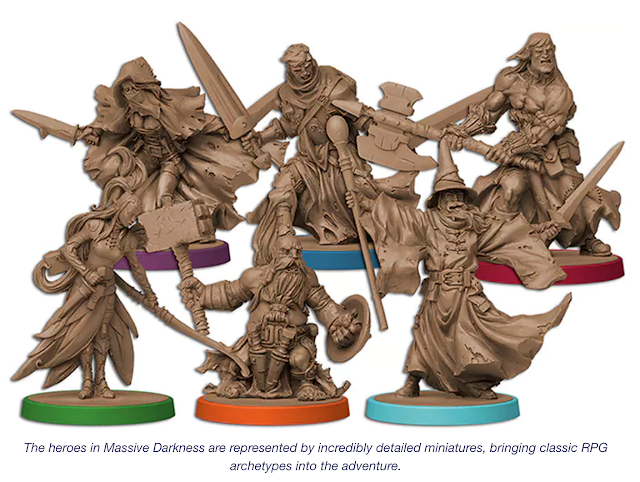 With yesterday's discussion of "how to bring more people into the hobby" I think a board game such as Massive Darkness would be key. Playing a game like this, (hopefully) rules light, observable by customers in a gaming store, maybe even allowing players to drop in and out and experience the game - this might be something that could work. Or maybe not in a game store, but in a public place like a library and sponsored by a local game store.

In any case, Massive Darkness looks to be "massively cool", and as it's by CoolMiniOrNot, I guess that's to be expected.


Massive Darkness is a dungeon crawling board game for 1 to 6 players. With no game master and streamlined rules, players take their heroes on a series of quests to defeat the forces of Darkness. On their way they'll face many challenges, including a large variety of enemies that range from mobs of evil dwarves to gargantuan demons and spiders. To be victorious, heroes will need to acquire new skills throughout the campaign, find the the best loot to equip themselves, and learn how to use the cover of darkness to their advantage! 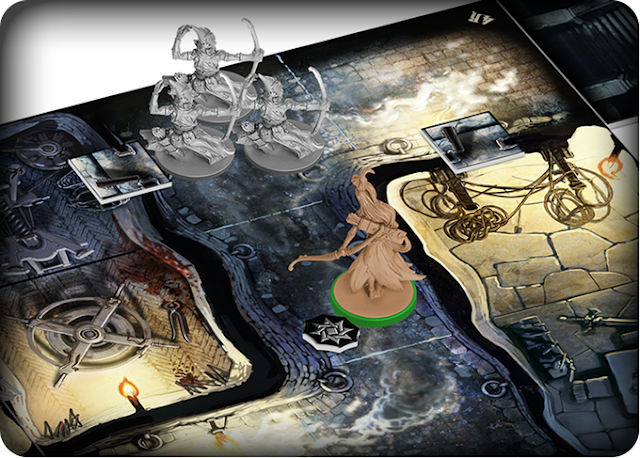 It reminds me of Dungeon! taken to 11.

Did I mention your characters can level? Yep.