Every couple of days I check out the Gygax Memorial Fund website in the hope of finding an update. I never actually expect and update, but I look anyway.

Today I see that the 2015 GMF ax Return has been posted. Does this mean an audit will soon be posted too?

Now, we were told that all of these expenses (architects bill sculptor's contract) and would be reflected in the 2015 return: 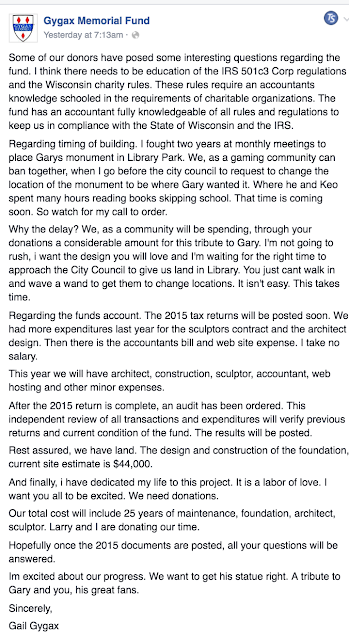 Lets look, shall we? 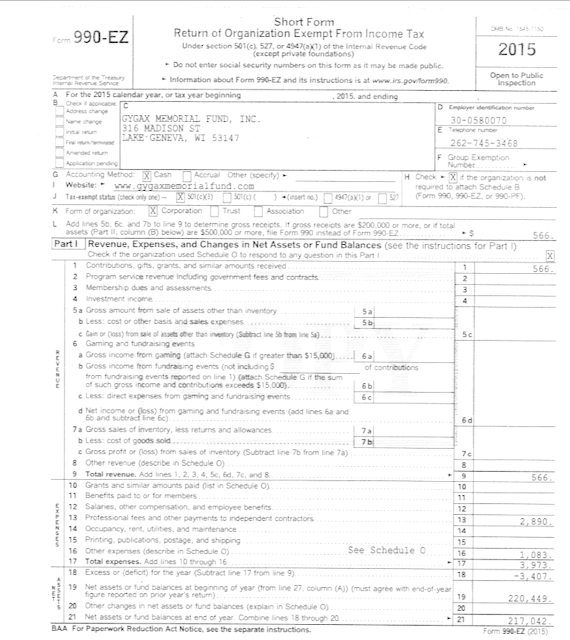 The Fund took in $566 last year. It took in $421 in 2014 when Gail was "ill". Apparently, good health is worth less that $150. BTW, that also means the Fund took in less than $1,000 over the last 2 years combined. That lack of support is not a good thing. It's obvious that there is little interest in actually reaching out to the gaming community to raise funds. The money is nearly all corporate donations. If you don't have the support of the gaming community who is actually going to visit the site? 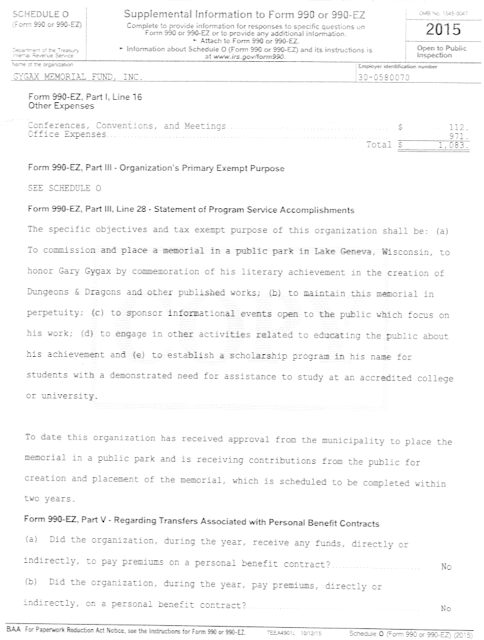 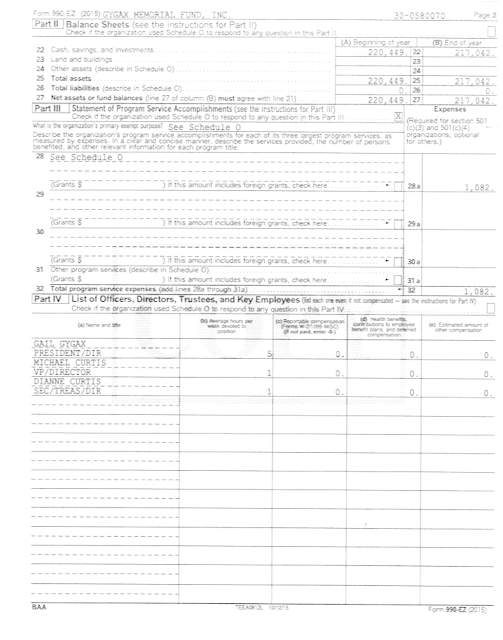 Between the three of them, 364 hours devoted to the Fund for the year and the couldn't choose something from "C", "D" or "E" to be able to say the Fund accomplished ONE of it's goals over the last SIX years?