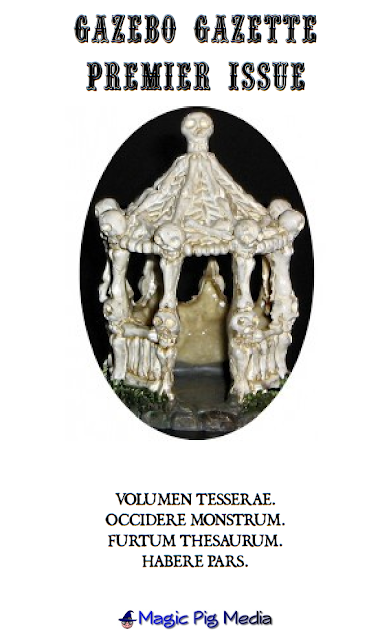 +Chuck Thorin is releasing the premier issue of the Gazebo Gazette today in honor of Swords & Wizardry Appreciation Day.

So, what is the Gazebo Gazette?


But there's also new content as well. Inside this issue you'll find:

While it's designed primarily around Swords & Wizardry, its contents can be easily used with any OSR retroclone.