Kickstarter - TOXICITY - I Am Zombie RPG 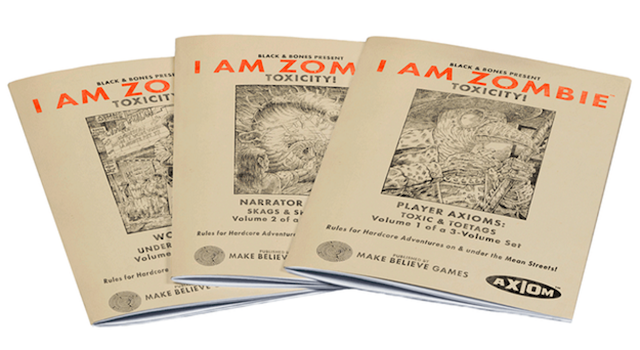 TOXICITY - I Am Zombie RPG is a Mark Rein•Hagen (Vampire and such) production YET he claims it is OSR BUT it does not have mechanics that most any would consider OSR BUT it's a dungeon crawl AND it's in 3 booklets made to make you think about the Little Brown Books. And breathe...

Oh, and like a few other games, it's building it's own (obviously) false history of originally being released in 1975, yadda yadda, look at me! I'm the other classic RPG!

Even better, you can't copy and paste from the Kickstarter page as all the text is actually graphics. Sigh. 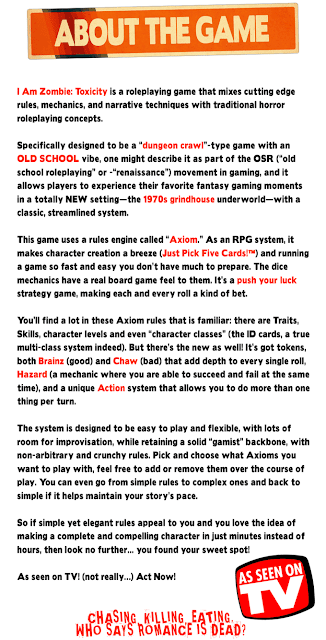 One would certainly NOT describe this as OSR. Old School Games are built off of Old School Rules. Dungeon Crawling does not make a game OSR. It is interesting that the OSR is being used to pitch a game that isn't very much OSR - I guess there is money to be made off of us.

Now, this MIGHT be a decent game. No idea. Probably not going to find out either.
Posted by Tenkar at 9:34 AM