Last December (in the year of delayed Kickstarters 2014 - we need to count years with Far West) Gareth started laying out Chapter XII. Yes, layout. As in, it was written and it was done. 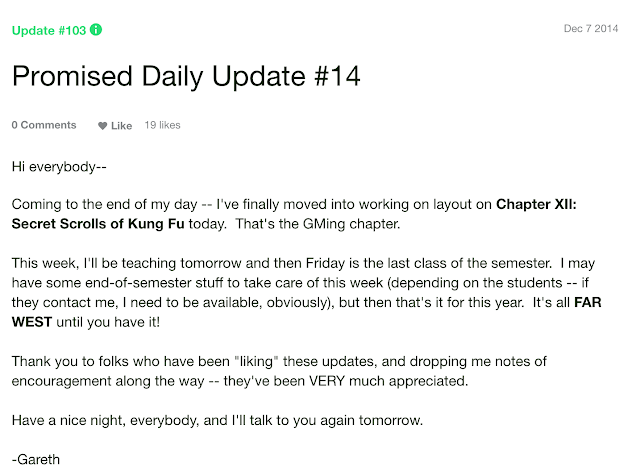 He has still laying out Chapter XII in February of this year. 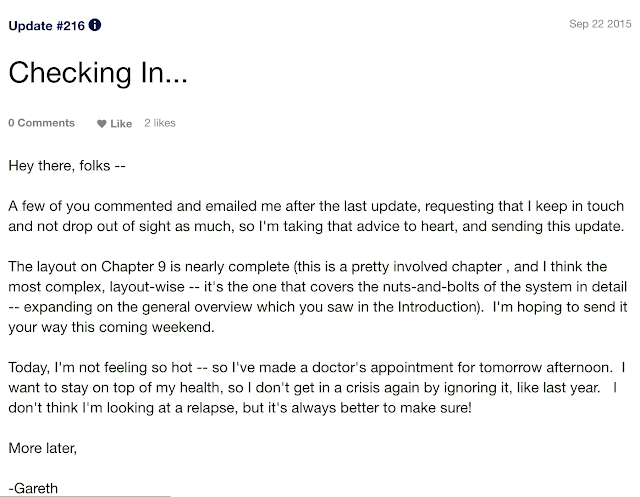 Just how long does it take to layout a book?

Just how many chapters are laid out? He's not going in order so it's impossible to tell. Is Chapter XII truly done?

This was from the August 25th update, The 4th Year of Far West, Year 2015 Common era

So, Chapter XII is NOT done...