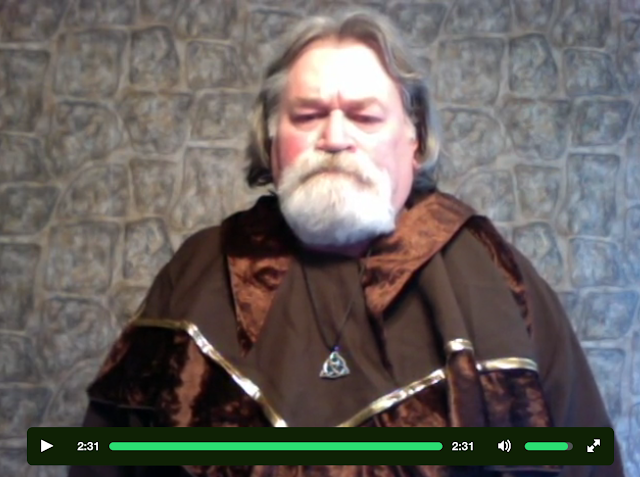 My God! You NEED to watch this video!

Whatever he's taking, I want some ;)

You'll need to go to the Kickstarter page of The Ancient Game of SeraQetra for the video.

Here's part of the transcript:

Over 30 years ago, my business partner Jerry Campbell showed me a map drawn on a zebra's skin, where an ancient game was buried. We followed the map and unearthed the ancient game but, unfortunately, could not bring it with us.

Shortly after returning, my business partnership with Jerry Campbell ended. He was selling drugs! We went our separate ways and I moved to California.

A few years later, I got a call from a detective who told me that Jerry Campbell died. Tragically, on November 13, 1990 Jerry was murdered in his apartment in Salt Lake City, Utah. Shot once in the head. His murder has never been solved.

It just gets better from there.

Watch the video. It's some of the most entertaining 2 1/2 minutes you'll ever watch :)

Tip of the hat to +Jim White !