Have a Coot, Don't Pollute! (The Coot for Swords & Wizardry) 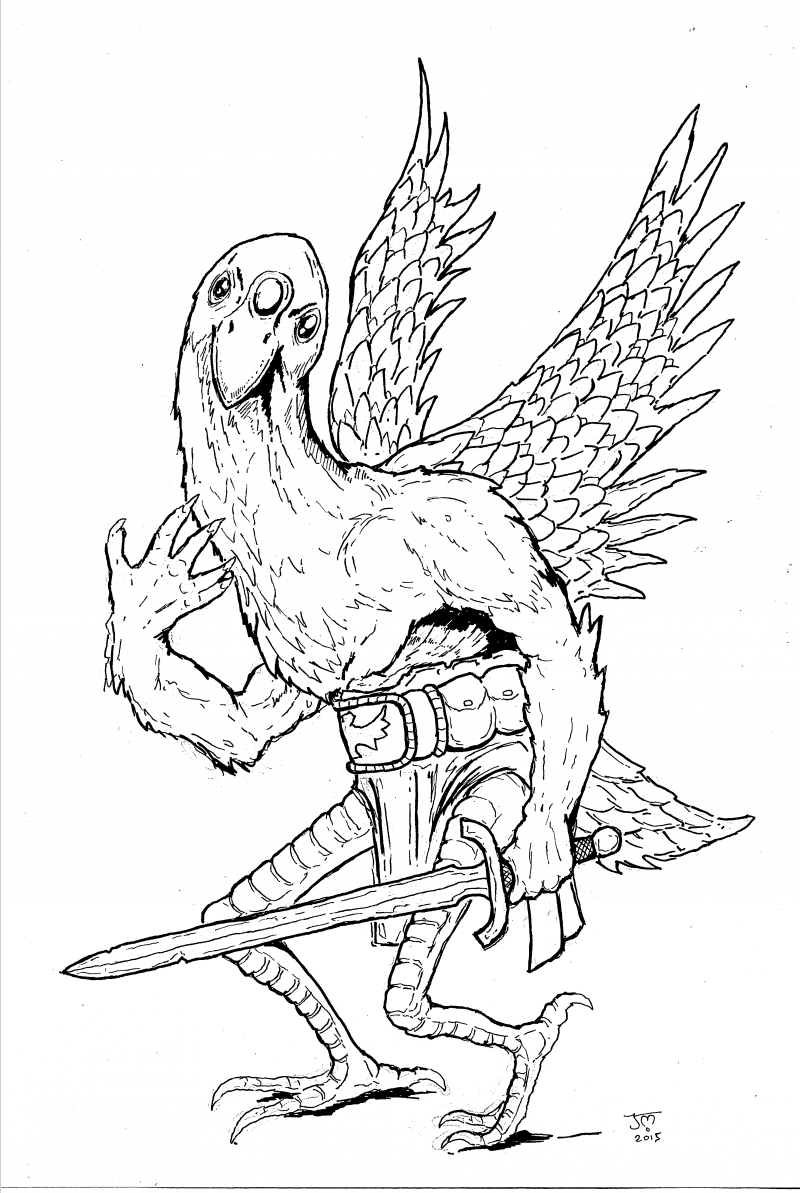 +Jim Magnusson supplied this awesome drawing of a Coot after I suggested he refer to classic RuneQuest Ducks for inspiration. I love what Jim came up with, and I have lots of plans for The Coot, but firsts things first. Jim wants some OSR stats for The Coot as an OSR creature (I'll add T&T, Far Away Land and a PC race write up in the coming week or so.)

Some Coots do live a more civilized life and settle down in an urban environment. The are regarded as outcasts and quite possibly insane by their more traditional brethren. Perhaps this is why those Coots that are drawn to adventuring invariably come from towns and cities. Adventuring Coots can be fighters, clerics and thieves. Rangers and druids have been identified among the nomadic tribes and often fill leadership roles.