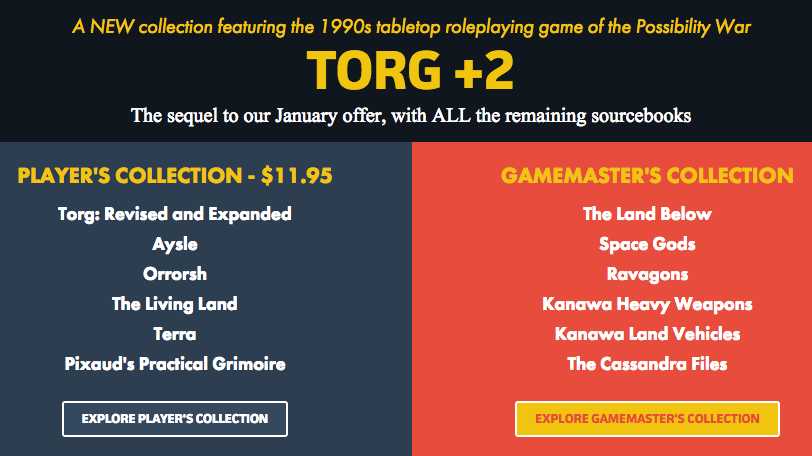 I used to have all of the West End Games D6 boxed sets. Torg was one of them. As GM I really liked the setting, as it could never bore me. My players, however, weren't much on the D6 system, so we never really got to play it.

Torg + 2 is the second Bundle of Holding offering for Torg. I never realized how much there was available for the system.

I'll never get a change to read this in full in the near future, but I'll read it at some point. When I do, I'll be glad I grabbed it when I did.

Yeah, I'm in for more Torg.

Email ThisBlogThis!Share to TwitterShare to FacebookShare to Pinterest
Labels: bundle of holding, torg