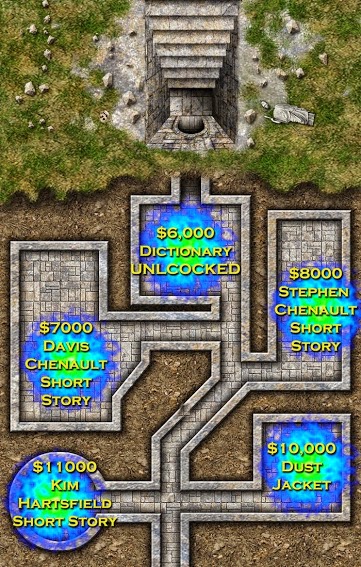 Maybe the Trolls should have used a dictionary?

It's no secret that Troll Lord Games / Chenault & Gray have their own place in the "bad editing" history of gaming in general, but don't you think when you are asking for thousands of dollars you'd put your best foot forward?

I mean, they could have used any teenager for this one, as there is no way that typo would have escaped the average teen's eyes ;)

It is now fixed BTW. There is another issue with their pledge levels, but that's par for the course.

Storyteller's Dictionary - by those that can't spell ;)

Tip of the hat to The Badger :)