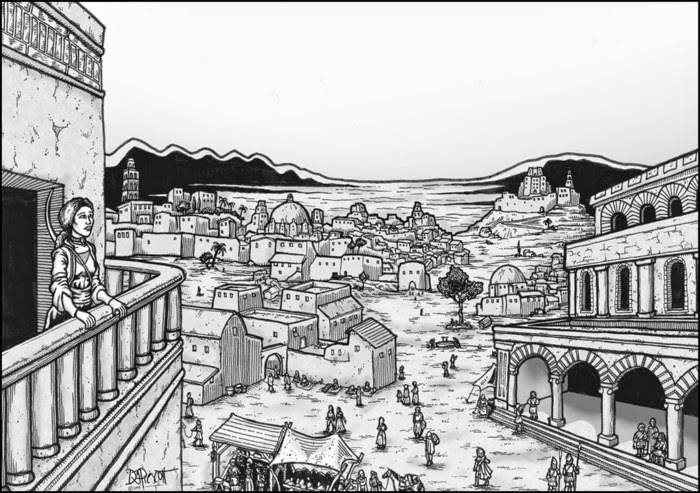 I've been remiss in my Kickstarter coverage. Well, remiss in that I've failed to cover all of the good ones, as the train wrecks (or even minor fender benders) are usually very entertaining.

One of the Kickstarters I've overlooked is Pyramid of the Lost King: Adventures in Basq, which is a foolish thing to overlook, as I've agreed to do a small part (as has +Tim Shorts , so if nothing else, my small part can be judged against Tim's small part - wait - that doesn't sound right at all.)


Pyramid of the Lost King is the newest Lands of Usarm adventure from Genius Loci Games. Pyramid takes place in the deserts far to the south of the Ruined City of Uostin where the merchant guilds of Neark are trying to open trade with the elvish forest kings of the Last Land. However, between the Lands of Usarm and the Last Lands stands the Saragubi Desert, A wild and unexplored place that offers adventurers a chance at fortune, fame, and of course certain death.

Pyramid of the Lost King is a decentralized sandbox adventure centering around an area of the Desert known as the Narrows. The Narrows is a section of desert that is divided into a northern and southern half by a massive slab of sandstone over 200 miles wide and 300 feet in height. The only way (aside from walking around) past this slab of rock is through the narrow canyon the area gets its name form. The Narrows and the desert around it have become a hot bed of activity as the merchant guilds have come to rely on it for their caravans to the Last Lands. However, the desert around the Narrows is still unexplored and dangers, both ancient and new, encroach.

+Johua De Santo had me at "decentralized sandbox adventure"  ;)

Seriously, sandboxes are where the fun is, and no two parties ever play it the same way.

I'm looking forward to running this down the line.
Posted by Tenkar at 9:57 PM