Of Dachshund Remolding Projects and Other Vacation Activities 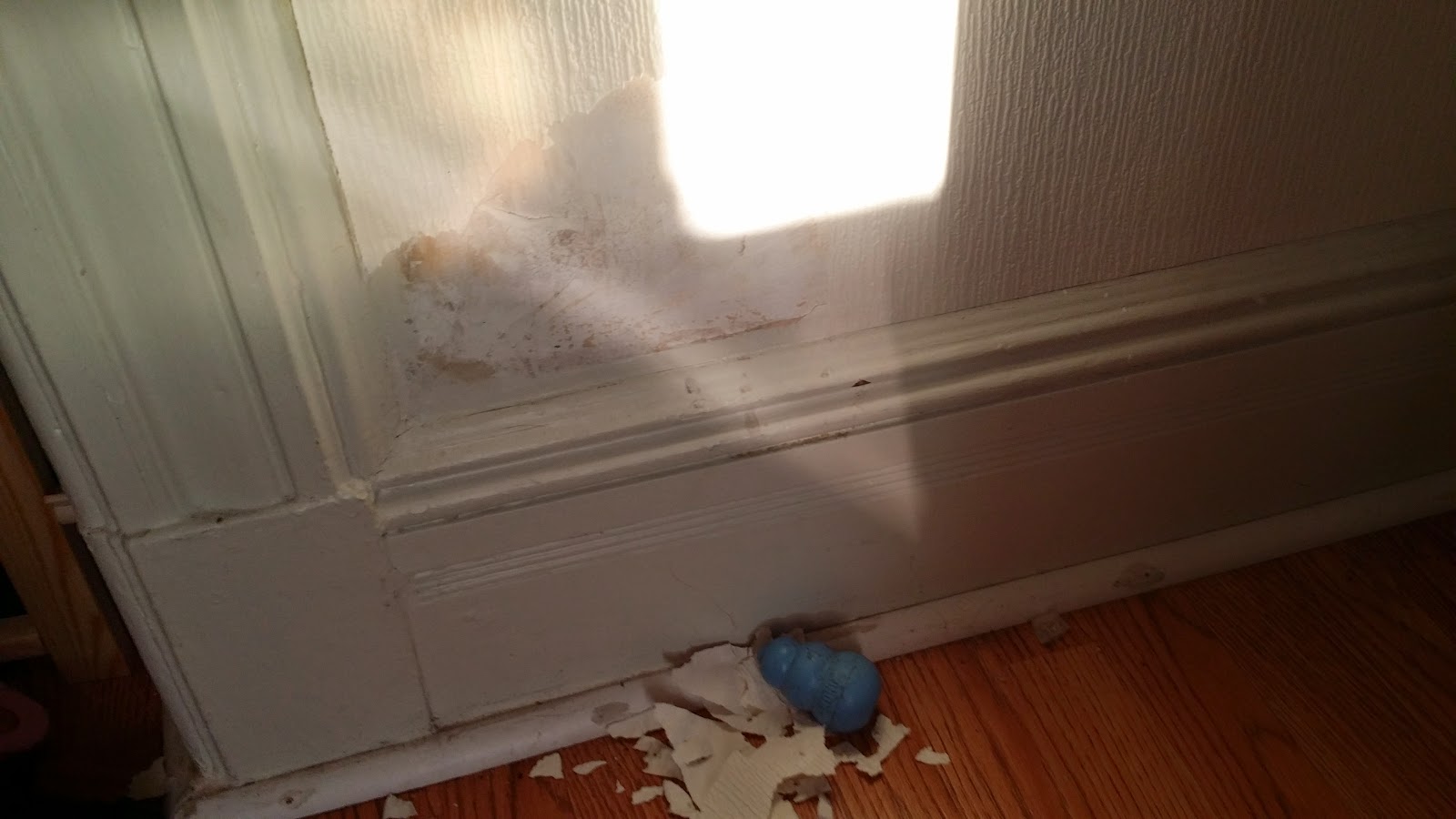 So, my vacation is coming to a close in a few days. While I've accomplished much of what was needed around the house in the terms of projects and chores, I've been distracted in a large part from accomplishing what I had planned on the blog side.

Days 7 and 8 of OSR Christmas are closed to comments. Days 6, 7 and 8 gifts will be announced tonight. One uber post. Lots of gifts in the mix.

As an aide, Danke the Dachshund Puppy tried a little remodeling on Christmas Eve, as she was unable to participate in the festivities downstairs. I wonder what the paper was from when i opened the door later that night, fearing one of my gaming books had been turned into a chew toy, but alas, that was not to be the case. Instead, the little darling went to work n some wallpaper. Sigh.

My awesome wife did very well in the gifting department with me BTW. An excellenthigh end Keurig, which will never brew a cup of coffee but makes some awesome teas (about the only thing that comes close to a good beer in my eyes is a good tea.) I also got Ticket to Ride European version and the Rivals of Catan card game.

Haven't even looked at the latest Dragon Age game that came for my PS4 about 2 weeks ago, and as the PS Network is offline right now due to hacking, I guess the point is moot ;)