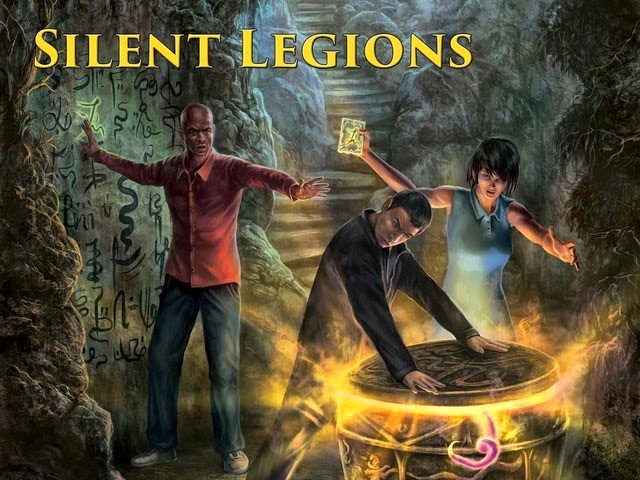 +Kevin Crawford has done some excellent Kickstarters. Spears of the Dawn and Scarlet Heroes are both great games, shipped early and put an amazing amount of quality art that was released to the gaming public (and publishers) to use for free (here, here and here)

This time around we get an OSR Sandboxed Modern Horror RPG - Silent Legions.

Kevin explains it better than I can:


Silent Legions is a modern-day Lovecraftian role-playing game, one built to support a sandbox style of gaming and the creation of your own diabolical Mythos. While compatible with the Stars Without Number game system and many other classic old-school games, Silent Legions is built to stand alone and provide you with everything you need to develop a grim world of unspeakable occult secrets and mad, sorcerous scheming.

Silent Legions is 160+ pages of specially-designed material to help a game master create their own cosmic evils and mysterious alien powers. Rather than simply recycle the traditional Cthulhu Mythos baddies, Silent Legions gives you the tools and techniques to make your own, the better to shock and dismay your players with fresh horrors that haven't already been wrung dry by familiarity. The creatures and cults the game helps you build are also fully compatible with most classic OSR games, allowing you to export them to other settings or mix and match with material you've drawn in from your other games.

More than that, Silent Legions is designed to help a GM create a true sandbox horror campaign. Instead of sending the hapless investigators along an intricate story arc, the GM creates a region, seeds it with points of interest, and then uses the tools in the book to quickly and easily create content for the heroes wherever they may go. The faction tools help keep the nefarious cults in motion even when the heroes are otherwise engaged, and both players and GMs are allowed the special excitement of not knowing how their desperate struggles are actually going to end. Will they crush the insidious powers of darkness, or will they miss some cyst of evil until it is far too late?

It is, quite simply, the horror game I've been waiting for. How can I be sure? Because the moment I pledged, I was able to download the the complete draft of Silent Legions.

I think it's going to work very well with some one on one play with my wife.