Wayward Kickstarter - Phase Shift - The Kitchen Sink RPG (I Think, with the dirty dishes and other assorted crap still in it) 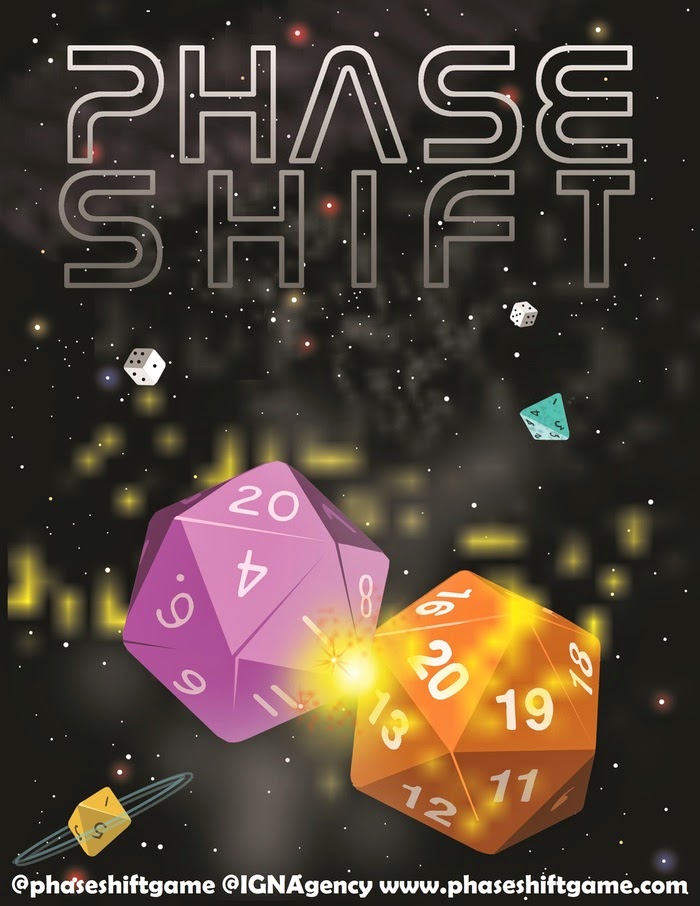 "Phase Shift is a tabletop RPG, set in the far future, in a universe where science and technology are hybridized. You're as likely to see a cyberthaumic warp core as a cannon that shoots healing explosives. Also, you can fight a cyber angel as a LASER MAGE. Look me in the eye and tell me that's not awesome."

First, the video was humorous, but I doubt for the reasons those in it wished. It's just bad.

As for the game itself?


We're raising funds in order to get a large print run for our first release! (no, never attempted this shit before and backed only one prior project - a Con) We are also getting money to start a tour of conventions in the general area around Washington, DC! (so the money you pledge isnt going to just go towards getting the game published, but to hook us up) Printing a manual the way we want it to be costs a lot, especially when we're dealing with full-color art and quality materials. (why do things right when we can jump into the deep end of the pool right from the start) This is a standalone RPG system, completely separate from all existing systems, and we're trying our best to keep it an independent project! You know you love indie stuff! (we do?) This is as indie as it gets!

Phase Shift is gameplay unleashed! It takes a lot more involvement from players because they have to be much more creative and involved about their character choices. (because we dont have rules for the stuff you are used to having rules for apparently) We streamline fighting so that you don't have to worry about what you can do. Basically, you can do whatever you want, as long as it's something your character COULD do. (OK - dont worry about what you can do, just worry about what you could do - WTF) Ever wondered why in SOME games *cough*dragons*cough* you can't just try to grab someone and toss them off a cliff using Unarmed Combat? (because your DM sucks?) Well, if you haven't wondered that, you SHOULD!

The setting is pretty awesome. (we have to say so ourselves,more than once, because we doubt you will say it) Factions control the galaxy, and mercenaries are in extremely high demand, due to the chaotic things that happened after two universes, one magic-filled and one scientific, merged in a dramatic event called the Phase Shift (hence the name). Gods took physical form (and started laying claim to people's souls) (sweet - the Avatar event for 2e) , psychics began appearing, and races from both universes were now cohabiting this one. There are thousands of different subspecies of humans, as well as Mekkos, sentient robots who are just looking for a place in the universe where they won't be discriminated against.

You know what - I'll leave it at that.

Go to the Kickstarter page of Phase Shift and view the video. You'll be sorry you did ;)

Oh, and the rewards are print or online - no PDF. WTF is up with that?