One-Page Dungeon Patreon Project - or - What Could You Support for a Dollar a Month?

For those that don't know what Patreon is, it's a service that lets you support creators of different media via a virtual automated tip jar.

I like it, and I use it to support creators that I like and respect, such as +matt jackson , +Dyson Logos, +Courtney Campbell and +Mark Gedak for putting out RPG material for the community for free. See that part? It's a tool to reward creators that share their work for free with their fans. Sure, supporting them may give you some additional perks and possible input, but the idea is you support those that give back to the community.

Two out of the four above that I mentioned do maps. Now that I've added the One-Page Dungeon Project, mappers represent three out of five of the RPG projects I support (the other project I support is a musical band that covers modern songs in the style of the 40's and 50's).

What makes this project special? Look and judge for yourself: 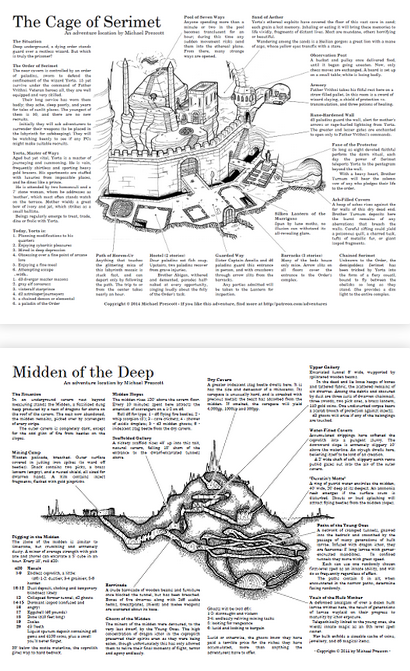 Basic support is a buck an adventure, and if they do more than adventure a month, they just hit you for a single buck anyway.