What is Your Favorite Classic "Old School" Gaming Module / Adventure? 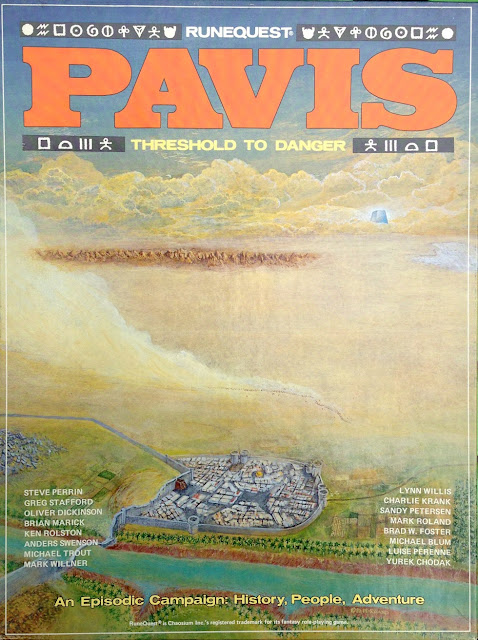 I was thinking about all of the great (and not so great) modules I picked up in my teens and early 20's - mid 80's to early 90's - and I find myself surprised that my favorite modules of the era are not from TSR. Heck, they aren't for (A)D&D at all.

Instead, they are for RuneQuest 2 - the Chaosium edition.

Pavis and Big Rubble, because in truth, they are just two parts that make up one exciting sandbox.

I ran this in both RQ3 and RQ2, using the Chaosium boxed sets that I picked up at a con held at Columbia University back in 86 or 87. The boxes had some shelf wear and crushing going on, but their contents were intact. It didn't hurt that I picked up a HC of the RQ2 rules from the same vendor.

I suspect if I had found Judges Guild's Wilderlands back in my early gaming days, my answer to the question would have been made a bit harder to come to - probably the same conclusion, just not so clear cut.