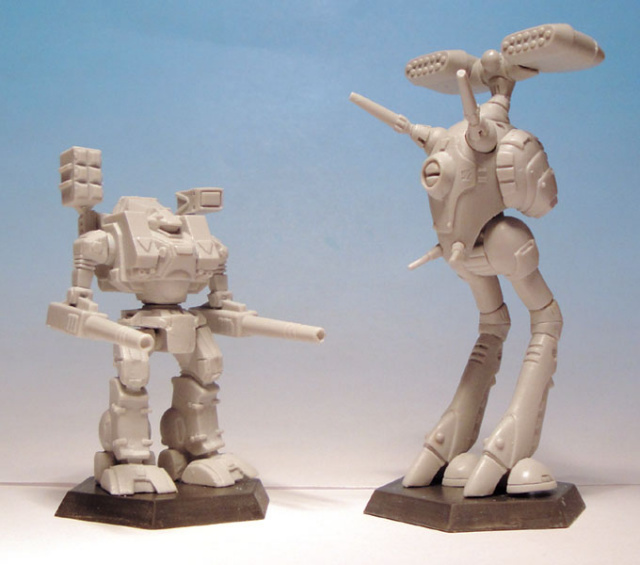 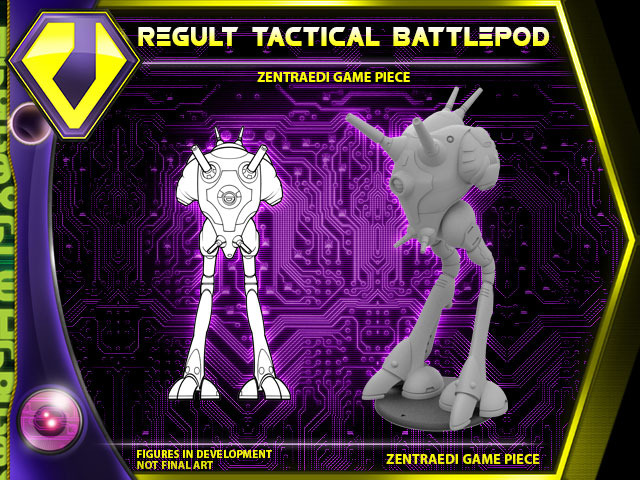 I didn't realize there was some history behind Palladium's first Kickstarter. I'm sure I still don't have the complete picture of the events, but what I have found thanks to +Moe Tousignant 's gentle prodding is interesting none the less.

March 15, 2012 - Paulson Games posted the above pics of a miniature line being worked on:

I've been working on a fan version for a Robotech game and some models, it's been a part time project over the last 8 months, now that it's picked up a bit of steam I decided I'd try and see if I can go through official channels to see if they could be made as a liscensed product. Palladium was very interested in the idea and was impressed with the sculpts I sent them.

To be extra clear on this, these are stictly for a personal project and none of the models are for sale. They were created to provide examples of what can be done miniature wise and help everyone visualize what a potential product would look like.

In order for a game line to happen there are a lot of things things that will need to line up just right. At this point it has been presented to both Harmony Gold and Palladium for review. There is a lot to discuss and it will be quite some time before we get any sort of answer.

July 17, 2012 on his personal blog, Paulson explained that he was no longer working on Robotech minis:

I know that most of your guys probably aren't sifting through my older posts so it's not something that jumps out but I've removed almost all pictures of the 1/285th scale Robotech models.

The main reason is that I don't want them being used to promote any potential Robotech game. The minis grabbed a lot of attention with potential players, which was fine at the time but now that I won't be involved with the project I want to avoid generating any confusion with new readers.

I've been getting a lot of emails about the minis asking if they'll still be used, or about what plans might be in place etc. All I can say is that my versions will not be used at all. I have no clue who they might be getting to do sculpts or what quality they might be or even "if" they are going to actually be produced...

They seemed to be looking for the lower end of industry pay standard so IMO that doesn't bode well for sculpt quality. If they decide to fund it properly maybe they'll get some top notch sculptors, but if they are looking for average or lower pay then the miniatures will reflect that.

They want a product made as cheaply possible with maximum profit, which is a standard business practice. However my personal feelings are that if you have a well sculpted professional product you will see far greater sales than a run of the mill sculpt that you could get from Reaper or Iron Wind for example.

I was willing to scrape my teeth in order to get the mini made as it's something I was passionate about. It's a tremendous amount of work to sculpt a 30-40 model range especially if you are trying to juggle a team of freelancers. They may find artists willing to work in that price range but I don't think the quality will be there and the time lag will be massive. I'll be interested to see what type of product (if any) they manage...

Parting with Palladium at this point is a very good thing, I've gotten some serious notice from other companies and it's generated several sculpting commissions for custom mecha. It's also freed up time to work on my own personal sculpts again. It's going to allow me to focus on my own designs which grants me a lot more creative freedom and personal satisfaction.

and then this update over at the Robotech Battles Blog on October 31, 2012:

Back in August of 2011, the initial "group that got the ball rolling" consisted of me, just me and my Robotech Battles Blog.. I found John Paulson of Paulson Games, when viewing some Robotech message boards and we discussed our separate current projects involving Robotech. His consisted of Miniatures and a game based of another game system and mine consisted of a Tabletop game created from scratch based entirely for the Robotech Universe. I had decided to call around to Harmony Gold and then Palladium check interest and to see what happened. Upon my initial discussion with Harmony Gold, I was instructed to approach Palladium. There was NOWHERE else that I could go to pitch the ideas that I had. The Robotech License is very limited. Paulson Games had called Palladium as well at around the same time which really piqued their interest. I had several discussions with Palladium and they soon approached Harmony Gold with the prospective projects consisting of Miniatures and games... There was a positive response but nothing definite...

The original (now shut down) Robotech Miniatures Facebook page was created and run by John Paulson of Paulson Games to showcase some early prototype miniatures to get people talking. Early in the project we were going to work together to get a mutually beneficial project running and take it to Palladium for approval. We did.

When this information made the Tabletop Gaming news there was a HUGE positive response. As I had stated above, Palladium Books, the current Robotech RPG licence holder decided to look into expanding their license as a result. As the project progressed Palladium made a business decision to not use Paulson Games (John Paulson) for the miniatures. At that time (June 2011) (typo - 2012), Paulson Games and his amazing prototype miniatures was no longer associated with the Palladium Game Miniatures and/or Game project. This was a business decision by Palladium and it was for business reasons that I cannot discuss.. Myself and Robotech Battles was and still is associated with the original Robotech Project which is now known as the Robotech® Tactical RPG project.

When this all happened back in June, there was a lot of misguided negativity shot at Palladium for their decision. I feel that these responses were a bit premature and there was alot of big picture to look at. Well there are many positive things happening with the project and you can follow snippets from Kevin Sembieda on the Robotech® Tactical RPG project. (as it's now being called). The big picture will hopefully be revealed as things progress.

Robotech Battles, was created to get a tabletop game started, plain and simple.. Miniatures were a second place item which Paulson Games agreed to try to fill.. The decisions that were made in June cut the miniatures side of things out of that agreement. Based upon my discussions with him, John decided that he would still pursue Miniatures for Robotech/Macross. The Second Facebook page, Macross Minis was created at that time to see if there was interest by the Foreign Macross licencees to start a miniatures line. All of this is no longer associated with Palladium, Robotech Battles or the US project that is currently being worked on. I have no knowledge of the status of the Macross Minis project or if it is still a viable project. I wish John well with it if he is still pursuing it. He has some great alternative miniatures and items available.

Paulson Games had a very big hand in getting as many people talking about creating Robotech miniatures and a tabletop game. I couldn't be more thankful for the Help he gave to get the word out.

Currently, there is alot of negativity concerning a Macross only era game or minis. I wouldn't like a limited scope like that either. Whether people know it or not. I have been listening and voicing the concerns of the readers such as yourselves. I can bend an ear or two, so I have stated to the powers that are making the decisions some of these concerns. There are plans to do all eras of the Robotech Universe. Whether they see the light of day is still being discussed. Have some faith that this is a worthwhile project and the fans will be impressed. But ultimately it comes down to the fans. The fans want all the mecha and all the wars represented and they want everything to happen yesterday. SOOOO... Step up give support and tell palladium and Harmony Gold what you want to see. I'm only one person and I want to see all the mecha and wars fleshed out.

Palladium is not the bad guy everyone thinks. Upon looking behind the curtain and hearing about some of the inner working of the business. They are trying to do things the right way and are doing things to the best of their ability to bring out new Robotech material and books in a timely manner. Nobody else could do any better in my opinion.

Currently, I hope that I can be involved with the next stage of the project. My fate with the project is still yet to be determined. Stay Tuned.
Tom Roache

Anyone know if Tom was retained? The way he went out of the way to explain that Palladium was not the bad guy leads me to believe Palladium very much was the bad guy.

It appears to me the guys that put the whole Tactical Minis Robotech game on Palladium's radar got the shaft.

Yet another reason not to support this one. At least Paulson games seems to be readying it's own mini line of Mechs for a Kickstarter - if it happens, I'll support the underdog...