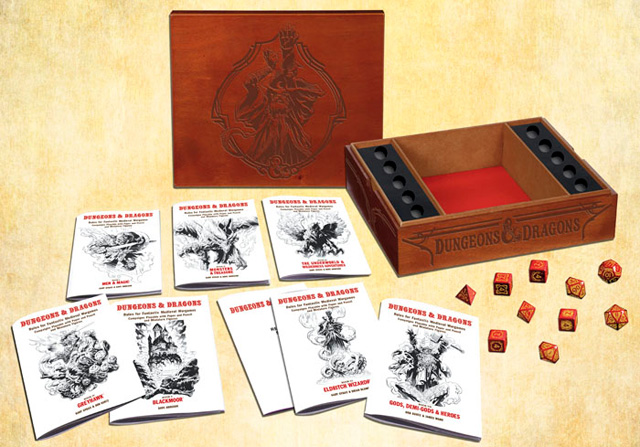 Thanks to +Jason Paul McCartan for bringing this to my attention.


A premium, deluxe edition of the Original D&D "White Box"!

The original Dungeons & Dragons boxed set was published by TSR, Inc. in 1974 and was the very first roleplaying game, introducing concepts that have persisted throughout later editions. It included three small rules booklets in a white box.