Carousing the Compiled Compilation of Fight On! 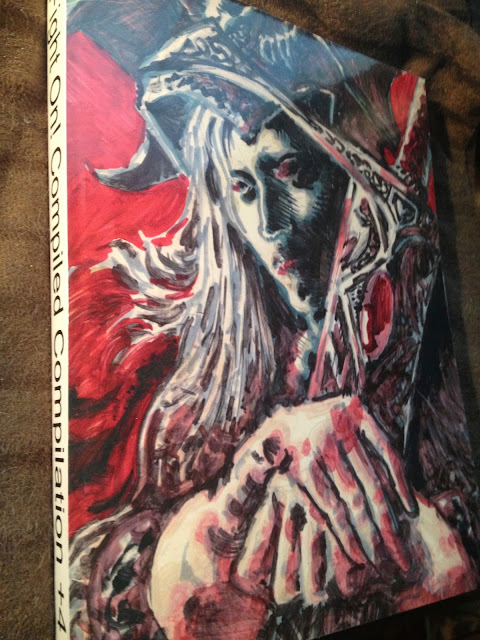 When it was announced that Fight On! was ceasing publication, I realized that most of my copies of Fight On! were in PDF, not print. Which isn't all that big a surprise, as the PDF price was much cheaper than the printed price, even with the famous Lulu Coupons.

Well, the 4 issue compilations make that less of a done deal. The PDFs generally run $4.99 each and print is $9.99 (plus tax and shipping). The compilations are 4 issues in print for 20 bucks - half the single issue prices and the same as PDF. So, I picked up the compilations of 1-4 and 5-8. These suckers are as thick as some of my old college textbooks.

My goal, now that I have these 2 tomes, is to cover an issue a week or so on the blog - starting with issue 1 and moving onward to issue 8. Hopefully by then issues 9-12 will have their own tome ;)

With print on demand publishing, these issues will never truly be out of print. I'll highlight the good, the bad and the downright ugly (which admittedly, can still be pretty good). Thankfully, Fight On! #1 was fairly short, so I should have that post up by the end of the week.

Email ThisBlogThis!Share to TwitterShare to FacebookShare to Pinterest
Labels: Fight On