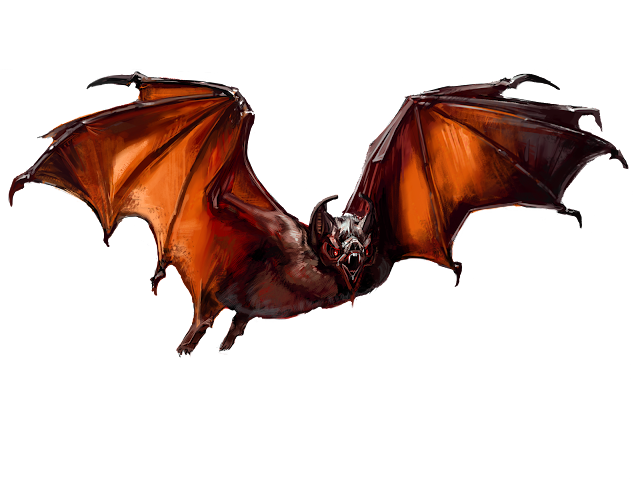 Special Damage: 3/ - Whammy (on the following turn of combat, the Dire Bat's Combat Dice are tripled

Dire Bats are a dangerous foe, especially when they get their song off during combat. If they manage to activate their song, their rolled damage is tripled the following round. Many a party has believed they had their bats well in hand, and then a high pitched screech has left them reeling (and dying)


(art by Nicole cardiff - used under license)
Posted by Tenkar at 4:16 PM