Intelligent Swords in AD&D 1e - What's With the Ego Trip? 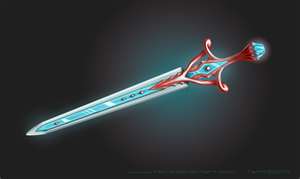 While designing / building / hacking together a campaign for AD&D 1e, I find myself digging out rules that I didn't use my first time playing, or used and then discarded. Sword Ego was one of the second type of rules.

I see where the roots of Sword Ego comes from - it's 100% Strombringer.

From my perspective - intelligent swords are cool in very small numbers, and swords that are stubborn or jealous or have other personality traits can be a nice tool for a campaign, but I don't think Sword Ego is appropriate for most D&D campaigns.

My issue with Sword Ego is the whole Swords Versus Characters conflict:

When a sword possesses unusual charactiristics it has a personality which is rated by combining its intelligence and ego scores. The sword will, of course, be absolutely true to its alignment, and if the character who possesses the sword is not, personality conflict will result, i.e. sword versus character. Similarly, any sword with an ego of 19 or higher will always consider itself superior to any character, and a personality conflict will result if the possessor does not always agree with the sword's dictums.

The personality strength of a character is: INTELLIGENCE + CHARISMA + LEVEL OF EXPERIENCE. Note level is reduced by 1 for every group of hit points of damage taken equal to the character's average number of points per hit die for total levels of experience (rangers, for example, getting 2 dice at 1st level). Example: A fighter of 7th level has 53 hit points: 53 + 7 = 7.6 - for every 8 points of damage he or she takes, his or her personality strength will be lowered by 1.

Whenever personality conflict occurs, the sword will resist the character's desires and demand concessions such as:

-removal of associates, henchmen, hirelings, or creatures of alignment or personality distasteful to the sword

-the character divesting himself or herself of all other magic weapons

-immediate seeking out and slaying of creatures hateful to the sword

-encrustation of gems on pommel, hilt, scabbard, baldric, or belt and a special container for its safekeeping likewise of precious substances

-that the character always take it along on all occasions


Most of the above takes choice out of the hands of the player. Nothing above adds to the game, unless the campaign style is one "fuck the PC". Also, tracking the PC's "personality strength  with the up and down of HPs.

I don't have issues with intelligent magic items, but they should be played more like an NPC it's own wants and desires, not solely there to screw the players.

What were your experiences, if any, with Swords with ego?