Level Based vs Skill Based Systems - Looking at the Tradeoffs

Consider this me thinking out loud.

I like level based systems (OSR in particular) in part due to the limited options presented, at least at character generation.  Most level based systems use a class type breakdown or archetypes.  It keeps the players focused and everyone knows their niche.  The problem is as I mentioned earlier today.  Level based systems tend to break down at higher levels.  Pile on the Hit Points and the armor and watch combat become an act of attrition (insert catholic confession joke here).  Still, rolling up a 1st level character can be done in half an hour or less.  The closer you get to OD&D or T&T, the less time you need to get that first session started. 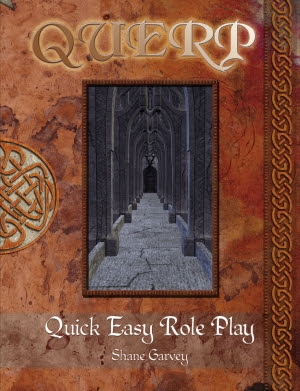 Skill based or point based systems tend to be on the more complicated side of things due to the umber of options presented, for both players and the GM.  Character generation can be a game session unto itself.  You need a GM that is stronger with rules knowledge and mechanics than you do in most level based games (or at least that is how I perceive it).

I'm looking at GURPS, Savage Worlds, Basic Roleplaying and EABA.  Although I have some knowledge of the first three systems, it's far from strong enough to run a game.  EABA looks interesting, and I ordered the print on demand (PDF was just 2 bucks more) but even that looks like it will require some fairly intense effort to gain some basic fluency with the system.  Still, I strongly suspect that those skill based systems don't suffer the same brake down that the level based systems tend to fall prey to as characters level.

Maybe I need to check out TWERPS or QUERP;)
Posted by Tenkar at 9:09 PM