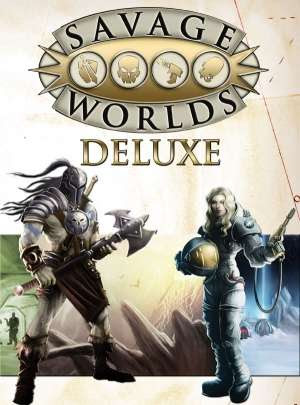 I think I could run a Savage Worlds game just fine, so long as no one chose anything from the "Powers" section of the rule book ;)

The reason I say this is not because the powers look all that difficult to grasp, but for someone that grew up on D&D and the like, it's a whole new language to learn. I think the next time I get to play in a SW game, I'm going to play a Powers user so I can get a hands on feel for the system.

Now that that is out of the way, the powers section looks really nice. Powers are initially broken down by Arcane Backgrounds - Magic, Psionics, Weird Science, Super Powers and Miracles. Trappings and Effects allow powers to be tweaked and individualized, so no two fireballs (or anything else) will necessarily be the same from different casters. I like the ability to individualize powers while still keeping to a defined list. It's a pretty neat system, I just need to get comfortable with it.

I really like the total package that is Savage Worlds Deluxe - I just need to spend some time as a player before trying to run a game with it.