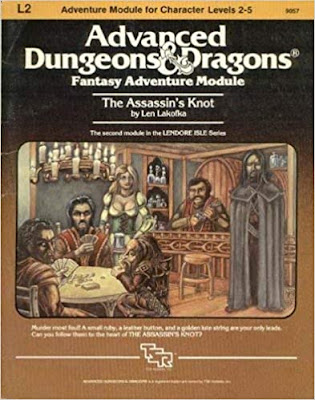 And a horrible year continues to be horrible. It has been said on Facebook that Len Lakofka, writer of the "L" series of modules and inspiration of the Lendore Isles in the Greyhawk Setting has passed. L2 was one of the first modules I ran.

Lenard "Len" Lakofka (1944-2020) was an American writer of material for the fantasy role-playing game Dungeons & Dragons. Although never a formal TSR staff member, the company that published Dungeons & Dragons, he was an influential voice in the development of the game.[1] He was one of the playtesters of the game as it was being developed, an editor of early manuscripts, wrote a widely-read monthly D&D magazine column and two official D&D adventures, and had his home campaign setting of the Lendore Isles incorporated into Gary Gygax's World of Greyhawk Fantasy Game Setting.