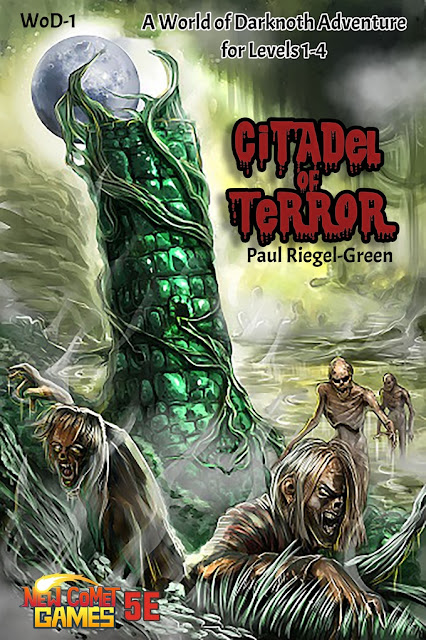 I'm a huge fan of AD&D 1e. It's literally what brought me into the hobby. I'm a big fan of New Comet Games. Ben Burns knows how to put out quality Kickstarters. Slip in Paul Riegel, about as old school as it comes and Citadel of Terror rates as a no-brainer.


Citadel of Terror is a Fantasy RPG adventure module written by Paul Riegel-Green and Ben Burns for Fifth Edition (5E) and also converted to be used in 1st/2nd Edition games. This adventure takes place in a new fantasy setting, The World of Darknoth, being released by New Comet Games later this year. Citadel of Terror can also work in any setting. 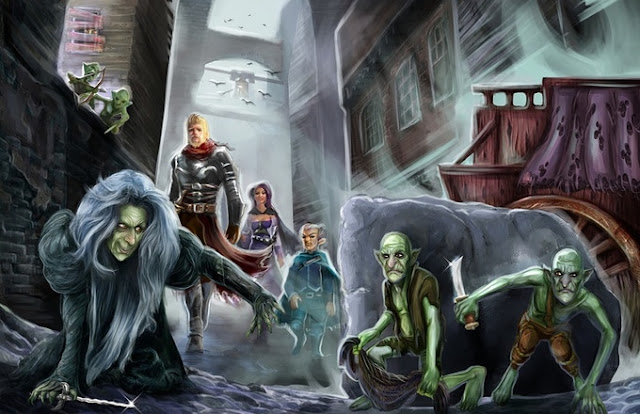 Citadel of Terror is a starting adventure module for 4-8 players of level 1-4, written by Paul Riegal-Green. The adventure is set in the Kingdom of Addenshire, on the continent of Draconia, in the World of Darknoth. Darknoth is a dark and dangerous world, born from the ashes of all that has come before and been destroyed.

To get more information about the Kingdom of Addenshire, be sure to select a Hero Reward Tier or higher, to include the Addenshire Gazetteer in your rewards. The Gazetteer provides an initial look at the description and background for the Kingdom, providing special information for the area surrounding the city of Adwick for a more in depth experience for your players. The Gazatteer will be written by Gary Van Binsbergen, creator of the World of Darknoth.

PDF is 12 bucks. Print (POD) plus PDF is 19 bucks plus shipping. Higher reward levels include the gazetteer.