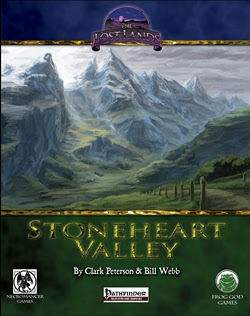 Its Christmas my froggie friends and the Frogs bring the holidays to an amazing conclusion. Stoneheart Valley is today's freebie. Normally about 15 bucks for the PDF the price is now FREE (for a limited time)!

Grab it before its gone...

As a side note, today's OSR Christmas post will be delayed until this afternoon at the earliest. Possibly tomorrow. I will do my best to get it up today :)