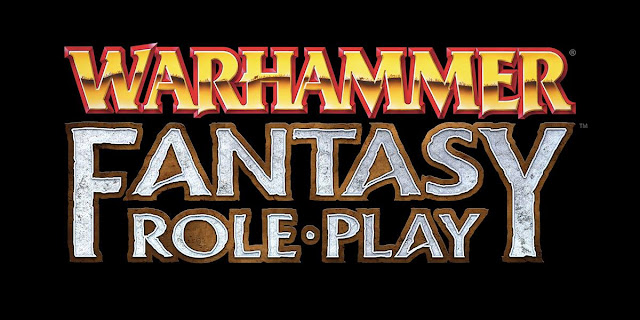 Before I do the news dump, let me just say - I own all previous editions of Warhammer Fantasy Roleplay (even that box that called itself an RPG but was really the precursor to the miniatures wargame). I loved running the Games Workshop version, enjoyed reading the Green Ronin version and really couldn't make heads or tails of the Fantasy Flight version Screw that, I simply didn't like the la. I'm cautiously optimistic of Cubicle 7's upcoming version with it drawing upon the first two for inspiration.


A new edition of Warhammer Fantasy Roleplay will be launched by Cubicle 7 Entertainment later this year. The new edition will return players to Warhammer's grim world of perilous adventure, and takes its direction from the first and second editions of the game.

Cubicle 7 CEO Dominic McDowall said, "Like so many gamers I grew up on Warhammer Fantasy Roleplay. It's an iconic setting and I'm thrilled to be working on this new edition of the game. Our team have a huge breadth of experience with Warhammer Fantasy Roleplay, and I’m excited to be able to bring the Cubicle 7 approach to the Old World. We’ll be revealing more of our plans in the coming months, so subscribe to our newsletter and keep an eye on our website!”

Games Workshop and Cubicle 7 Entertainment have announced the Warhammer Age of Sigmar Roleplaying Game, for release in 2018.

Warhammer Age of Sigmar is Games Workshop’s epic tale of heroes, gods and monsters fighting a desperate battle for the fate of the Mortal Realms.

This news follows Cubicle 7’s announcement of the fourth edition of Warhammer Fantasy Roleplay for release in 2017. These two games will be independent game lines with different rulesets.