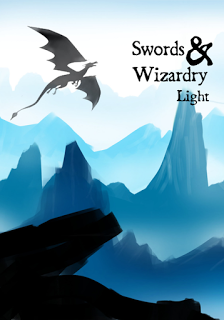 +Dwayne Hicks has translated the Swords & Wizardry Light Doc file into Spanish. It is fucking awesome! Not that I can read Spanish, but just the fact that SWL has been translated into another language is AWESOME!

BTW, there is a Hebrew translation also in the works.

How cool is it that SWL is going to be played in multiple languages?
Posted by Tenkar at 10:40 PM