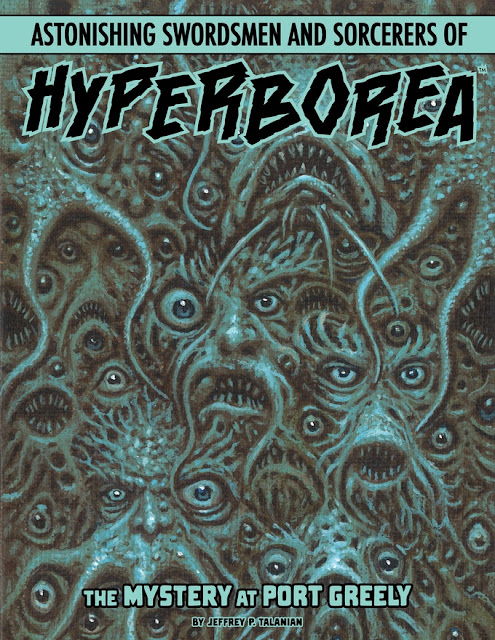 What can I say about The Mystery at Port Greely? It's written by +Jeff Talanian and inspired by H.P. Lovecraft. If that isn't an awesome combination of OSR goodness, I don't know what is.

See the cover above? The stuff nightmares are made of. Good nightmares I hope, but nightmares none the less.

Did I mention the Kickstarter funded in a day?

That 20 bucks gets you a signed and numbered copy as well as a PDF version?

That higher levels allow you to snag original art? 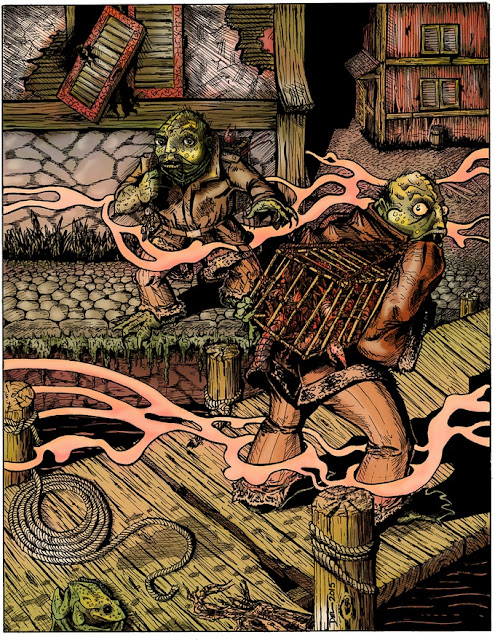 
The award-nominated role-playing game, Astonishing Swordsmen & Sorcerers of Hyperborea™ is back with a brand new, exciting adventure, written by the game's creator, Jeffrey Talanian.

This sword-and-sorcery adventure module is site-based, fleshing out a small portion of the Hyperborea setting and providing classic, memorable adventure material.

The Mystery at Port Greely is designed for the AS&SH™ game, but it is suitable for use with the traditional editions of the world's most popular RPG, as well as its modern simulacra, such as OSRIC™ and Swords & Wizardry™.

Physically, this module will be saddle-stitched, ranging from approximately 32 to 40 pages, and measuring 8.5 x 11 inches. It will feature a full-colour, card stock cover, and sharp, black & white interiours on durable paper.