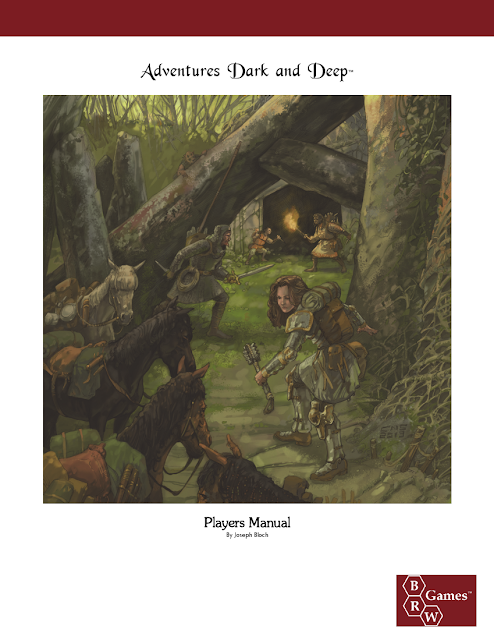 The other night I had a dream with EGG himself in it. We were having lunch at some restaurant, drinking wine and eating grilled cheese of all things.

Gary turns to me and says: "I'm making you the Director of the AD&D line."

I was stunned. Thrilled. Finally, I was confused.

His response was priceless: "Exactly."

At which point I woke up and wrote this shit down. I don't often get visited by the dead in my dreams, even if its my own subconscious playing games with me.

Which brings us to the Adventures Dark and Deep Player's Manual . +Joseph Bloch wrote it with the idea of "what would AD&D 2e have been if EGG had been allowed to write it?" It's a what if. It's also an excellent game unto itself with classes that can easily be placed in the OSR rule set of your choice.

Email ThisBlogThis!Share to TwitterShare to FacebookShare to Pinterest
Labels: adventures dark and deep, deal of the day