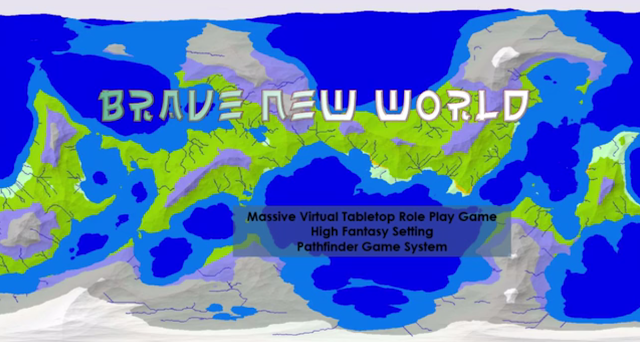 Yes, you read the blog post title correctly. You can pay to play an NPC in someone else's campaign world... virtually.

Then here's the reality:

So no, you aren't going to be "an adventurer." Instead, you're the blacksmith or the town guard. You get your 5 minutes before they move on - and you get to pay for the privilege.

Eh, here's the rest in a copy and paste, because fuck me if this doesn't deserve some snark-like commenting.


Have you ever read a book and wanted to be part of that world? (sure!) Maybe watched a movie that made you want to join the adventure? (hell yeah!) Do you enjoy tabletop gaming but can't find the time or a group to play with? (I've had that problem) Then I have a great suggestion for you! (you do? awesome!) We are building a game world from the ground up and you can be there for the first adventures. (er, huh? I'm not going to be one of the adventurers?) This will be your chance to shape a city. Exploration, politics, managing resources. It's all there. There are several slots for almost every conceivable position. Want to shape the government? You can! Want to protect the citizens? Be a city guard. Want to shape the agricultural aspects of an entire country? Be a land owning farmer. (WTF? I'm a fuckin' extra in the movie? I'm the faceless guard that get's killed and never named?) The majority of available spots are for npc type players but you will help to give the city a real life with personality. (but I want to be a Player Character, not the background noise. I want to be part of it, not a piece of shit. Wait? And I'm expected to pay for the privilege?) Once we are up and running there will be games run for actual player characters with which the real life human run npc's can interact. (so I get to pay so that the PCs can play for free and have more fun...)

This is a player and npc driven style campaign. We as game masters will be ensuring rules are obeyed and refereeing the interactions of all the characters. We are the gods and goddesses (this says it all right here - someone hasn't broken from their teenage fantasies), the environment the monsters, and in the beginning the king. Want to go exploring? Tell us where and why. What to start a business? Tell us what and we will tell you what needs to be accomplished. Want to create an organization? Tell us what kind and why and we will incorporate it into the game.

The campaign starts with Bolkas Icebolt (that is so not an exciting name) finding 100 people plus a small band of adventurers to go start a colony on a habitable world with no current civilization that he discovered. The planet, Falgyth, is earth sized with a slightly cooler atmosphere. Each pledge award above $10 secures a backer a slot in the settlement where they can help create this new rpg world. The higher the pledge the more influence the NPC has in the creation of this new settlement (pay to play, but only as a secondary character). Everyone has a chance at interacting with the adventurers (well ain't that just exciting). The main story being streamed on Twitch is about the adventurers. We hope the campaign will grow beyond the initial 100 inhabitants. These additional settlers will have to subscribe to participate in the world we are creating (wait? folks after the KS will have to pay a monthly fee to play an NPC? my God, WoW and the rest missed out on a huge money making opportunity). All the backers of the initial 100 settlers get to participate subscription free for the life of the character.

We are raising money for equipment and software to aid in producing the stream and managing the scale of the campaign (mind telling us the equipment and software you'll be buying with the money your backers are theoretically kicking in?). The software we are investing in will allow us to manage a large scale of people and share information and maps with ease. We hope we find plenty of backers with a pioneer spirit. If there is enough interest we may open up future settler slots for additional backers as stretch goals. (yeah - er, no)

The greatest risk is not getting all the programs we intend to use (name them already!). They are going to make managing so many players and npc's all together much easier. Having managed campaigns with 13 to 20 people at a time, we understand many of the complications a project like this could have. We have spent a great amount of time developing rules and planned structures to make the experience better than past experiences (wait, you've done this before?). The software we are looking at purchasing will make this experience fuller and richer than most get to experience at home with friends. (I was so going to make a sexual joke - but I'm sure there will be better ones left in the comments :)