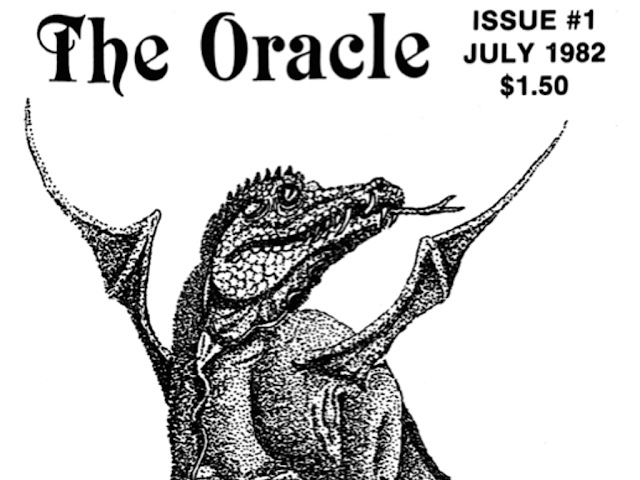 I cut my gaming teeth in 6th grade, so that was '78 or '79. I didnt get my first gaming magazine until Dragon issue #66 in late '82 and somehow thought to stick to only "professional" gaming releases in the years later, so I missed out on fanzines and Judges Guild and all the rest in those early years.

Tim Hutchings, the creator behind this Kickstarter (but not the creator of the original work) was kind enough to share the PDF with me (it also means the project is ready to print once the funding is complete) Hopefully I'll find the time to fully read it and review it before the project reaches the end of it's funding period. From my quick perusal, it is very much a product of the time it was originally published in and that fills me with nostalgia :)

If you don't know Tim, he's also the main man behind The Play Generated Map & Document Archive or plagmada.org. Spend some time exploring your childhood in the archives. It's a good place to be and doesn't get nearly enough of the attention it deserves.

In any case, The Oracle is scratching my nostalgia itch. If I only knew in my youth what I've learned over the past few decades. Alright, time to catch up with my past that could have been,,,