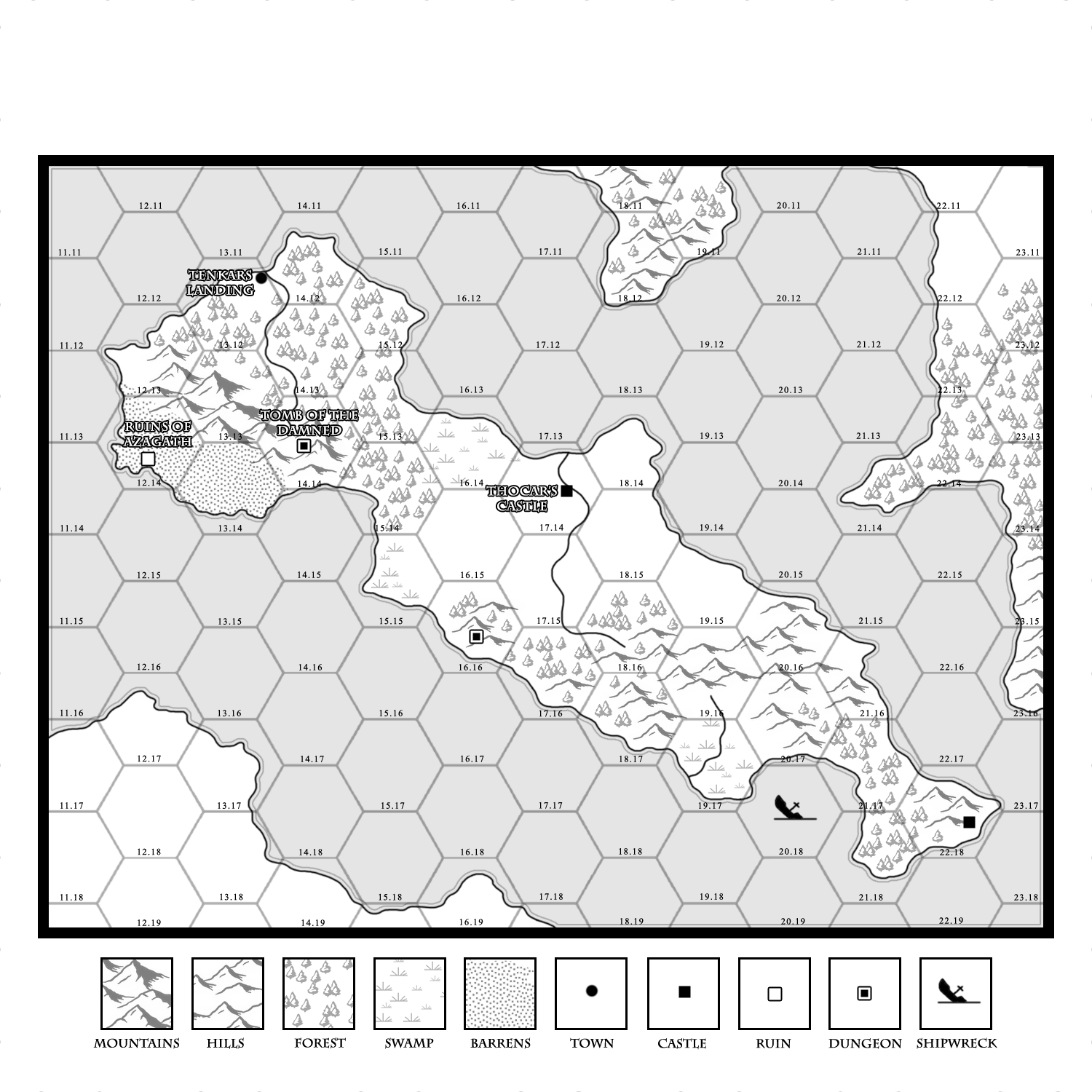 I've had a few requests to open up the G+ Community for the Tenkar's Landing Crowdsourced Sandbox Project for those that can't wait for the weekend when I hope to have all my ducks in a row.

So, it's open. Use the link above and ask to join. I'll approve you as quickly as I can.

For now we are going to use Swords & Wizardry as the base ruleset, if for no other reason than it uses both ascending and descending AC in it's stat block which gives us basic compatibility with all of the core clones. Whitebox, Core or Complete - use what you want. That being said, the less crunch used, the better. This is, of course, subject to change at the will of the community.

I'll need to work on the other core deity, quick write up of the native population, 30 second history and a bit more on the Town of Tenkar's Landing itself. Then the true creativity, that of the community, begins.

Oh, and start assigning hexes. That won't happen until this weekend. (those that made requests in mid September will have until the 15th of October to confirm)