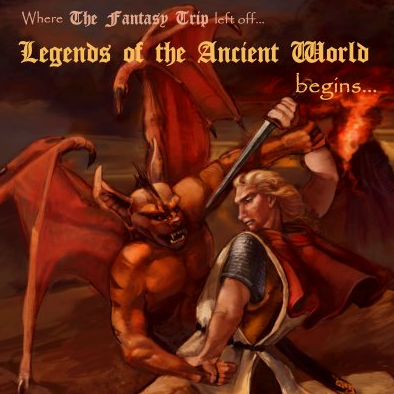 The Fantasy Trip is one of the few older RPGs that are just cost prohibitive to purchase on eBay (at least for my mind), but it has been cloned. Dark City Games has cloned it three times actually.

Dark City Games also sells solo adventures for the rules. They also offer four of those adventures for free in PDF - two fantasy and two sci-fi (sorry, no westerns at the moment it seems).

I've downloaded the rules and they seem simple enough. As I don't have the originals, I can say how close they keep to the originals, but the price certainly is right.

I've also purchased a few of the adventures in print. They include a map and character and monster tokens to print out.

You can grab it all at the Dark City Games website.

There is another clone of The Fantasy Trip available at Heroes & Other Worlds
Posted by Tenkar at 10:07 AM