A Look at Bill Webb's XP Method From MCMLXXV 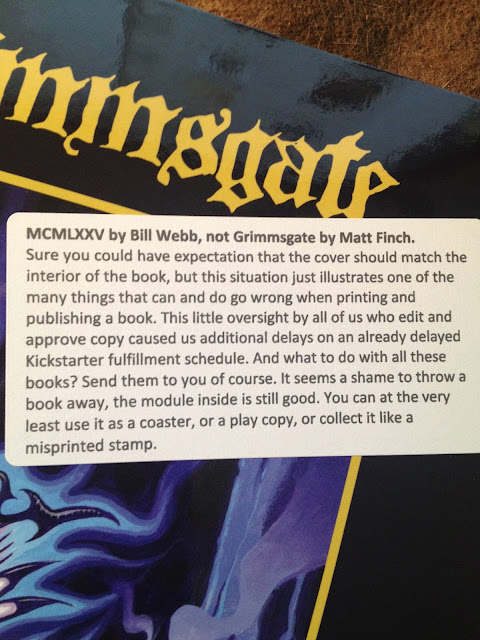 When I got my Swords & Wizardry Complete Kickstarter package yesterday, it included a mismatched copy of Bill Webb's MCMLXXV low level adventure for S & W. Bill included 2 1/2 pages of his "Old School Primer" at the beginning to show how the game was played "back in the day". It's a very quick and interesting read. The one thing that truly stuck out for me was how Bill awards expo.

Now, for those of you that aren't used to "Old School Gaming", let me point out that the much, if not most of your expo comes from gold found and recovered, not from killing monsters. That Ogre may be worth 120 expo, but the treasure he carries or guards will likely be the bulk of the expo gained from that encounter.

Bill twists the expo for killing even tighter, awarding just 1 XP per HP for creature killed (x2 or x3 depending on special abilities). Even the strongest Ogre is worth only 33 XP and the avg Ogre is worth about 20 or so. In this case alone, that's a loss of about 83% of the combat expo.

As Bill states, this changes the game's focus from a combat game to one of avoidance and trickery. Why risk life and limb if you can get the vast majority of your expo with thievery and not skill of arms?

At some point I may experiment with Bill's method, just to see how it plays out "in real life play" for myself. It won't be with my current group, and certainly not the current campaign in Rappan Athuk. I think they'd be very upset to see their combat expo suddenly dry up , and I wouldn't blame them ;)
Posted by Tenkar at 9:00 AM