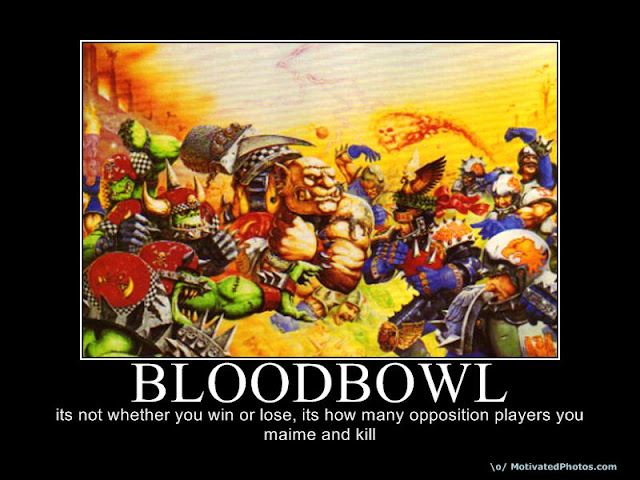 I always wanted to find a way to integrate a Bloodbowl like game into a D&D campaign, even if it was just winging it with combat rolls, but I never found a way to work it into an active campaign. I think I feared that the players would regard it as, well, if not silly, certainly far out of the realm of normality.

I no longer think it's a silly idea. I think it's a damn awesome idea. All I need to do is work out a one-sheet of rules / regulations and then find a way to throw my party smack dab in the middle of it.

Anyone ever work a Bloodbowl type game into their fantasy campaigns? If so, how did it play out?
Posted by Tenkar at 5:06 PM