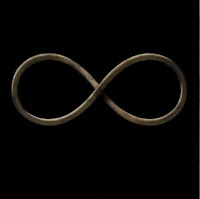 I should have my second weekly Google+ Hangout using the Tabletop Forge app game up and running in about two to three weeks.  This is the one where I run a system / setting for 2 to 3 weekly sessions, break for a week or two, and then come back with something different.  Story Arcs, if you will.  That is why I'm using the banner Unlimited Adventures - Limited Commitment.  Commit for 2 to 3 weeks, get to play a system / setting that interests you - maybe get a taste for the system's character advancement, combat, setting flavor, whatever -  and you're done.  For now...

Nothing keeps me (or another GM - I know of one or two others that may be interested in running games under this Unlimited Adventures - Limited Commitment method) from picking the storyline up later.  Heck, nothing prevents it from spinning off on it's own as a regular game.  The idea is this, we all own / want / have read / are interested in tons of games that we never get a chance to play - this is an attempt to fill part of that need.

I would make the following suggestions (which I hope to follow myself) for the games that would be run during these sessions:

1 - The game should be free to download OR have a free Quick Start available (for the players to have access to the basic rules) OR should be simple enough to run without the players having access to the rules.  Google+ Hangouts are damn close to a table top session in the living room, but since you can't pass the rulebook around in a Hangout, players should have access to (at the very least) a simplified version of the rules.

2 - If the game isn't free to own (as talked about in point 1 above), try to make sure your players already have access to copies of the rules.  Put it in the recruiting post.  They will thank your for it, and you will thank them.

3 - Pre-generated Characters are appropriate for most games run in this manner.  They are available in most Quick Starts.  It isn't a big deal if people choose the same character, especially if there aren't enough pregens to go around.  Oh, and let them rename them.  That is the first part of "owning" a character - the name.  Other character generation methods are usable, but it is suggested it gets handled before the first session.  Otherwise you are spending a good chunk of your 2 to 3 sessions building characters.

4 - Old School Gaming, Retro Clones and all the like are welcome under the Unlimited Adventures - Limited Commitment banner - I know I'd like to run / play in a Dungeon Crawl Classics game among others - Flailsnails is not in effect unless the DM states it before hand.  Other games are also more than welcome - Savage Worlds, Hollow Earth Expedition,  Solomon Kane, Traveller, Legend, etc, etc, etc ;)

Alright, that's pretty much it, at least for now.  Folks that are uncomfortable committing to a long term campaign have a chance to test the waters, folks interested in different game systems get to take them out for a test drive and everyone has a good time.  That's the most important part - the good time.

I will be putting a survey up here and on Google+ to get an idea of the games folks might like to play under the Unlimited Adventures - Limited Commitment banner.  Expect it in a day or so.  Anyone looking to join me in getting some games up and running, feel free to leave a comment here or email me at trubluniteATgmailDOTcom.